How to deal with unpleasant people

No matter how carefully you chose the circle of communication, limit it to only family and friends is hardly possible. Every day you come into contact with a variety of people, some of them are as pretty, and frankly unpleasant. Need to learn how to build communication with them so that it does not negatively impact on your mood and health. 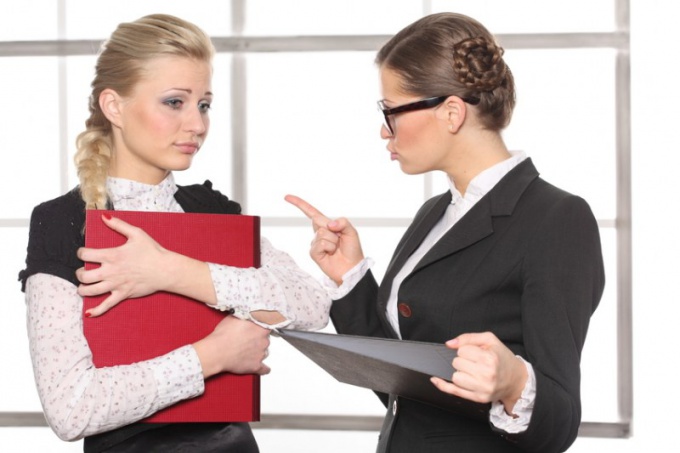 Related articles:
Instruction
1
Determine the cause of your hostility. This man is rude to you, makes comments, criticizes or without cause, or you disgust some of his personal qualities? In some cases, people don't like because they are a reflection of your own shortcomings. Perhaps the man himself does not understand that his behavior makes you uncomfortable – tell him about it, but not necessarily correct, not to get personal. Think about how important it is for you his opinion whether it can affect your life or you just take everything too close to heart.
2
The most simple variant – to limit communication with people who are unpleasant to you. If it's a colleague, organize your work so that as little as possible to meet him or at least not to engage in conversations. Don't let the communication go beyond work, but if your partner is deliberately trying to draw you into the conflict calmly and politely but firmly ask him to return to the discussion of the Affairs of the organization.
3
If you are annoying someone, to minimize the contacts are not always possible. Gather up courage and talk to someone – maybe his behavior has its own cause, is understandable and convincing. Sometimes the basis of a bad relationship lies unfinished conflict, which you had already forgotten.
4
Summon a sense of humor. Imagine the offender in a funny manner, for example, with a pig or Piglet in a suit Cheburashka. Answer him inoffensive jokes, it will reduce the degree of conflict, turning it into another plane. In the end, perhaps unpleasant to you man – how he lives in an atmosphere of constant quarrels and disputes?
5
Do not stoop to the level of your opponent. Do not respond to aggression, boasting. Your main tool – dignity and restraint. Give him an unexpected sincere compliment, try to find positive qualities. Do not let yourself to provoke – in dealing with professional CAD you still lose, but unpleasant aftertaste remains. If you involve in a scandal, say they are willing to communicate in such a tone, and stop the conversation. Be confident and balanced, think about their own undoubted merits.
6
Helps this technique as a suspension. Imagine that you are watching a movie, and you and poison your life people - actors. How they communicate, as the actor playing your role, out of difficult situations? Try on his behavior and speech and evaluate how you are comfortable in this way. Remember that you control the script and can build a scene as you want. Play a few scenes in which you are overcome, find a common language with the abuser, throw him a little unexpected witty remarks. After such exercises to communicate with him you will become somewhat easier - you have already "visited" mentally in different situations and ready to act in the best way.
Useful advice
Find an outlet for their own emotions. No need to take it out on loved ones, if you brought a rough head – do something that will allow you to splash out the irritation. Someone fits knitting, and someone- an energetic workout in the gym, etc.
Is the advice useful?
See also
Присоединяйтесь к нам
New advices