Personal animosity is a psychological process that occurs between individuals in groups of people, society, studies, work. Its presence leads to conflicts and quarrels. If a person showed hostility, it makes it difficult to study, work, sleep and disturb life in General. So you need to learn to notice and identify that shows to thee the other person a personal dislike. 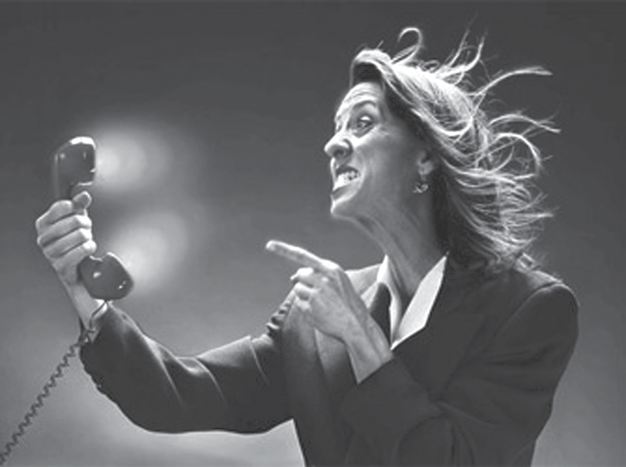 A person begins to avoid communication, reduces it to minimum volume. If it is near the object of his dislike, you experience nervousness and discomfort. Other people think that he feels an aversion to a certain person.

Quite often personal animosity between colleagues. In this case it has a complicated mechanism. Personal animosity interfere with the normal work of the people, because they can't communicate with each other.

This psychological process brings discomfort not only the individual but also to his opponent. Personal animosity can appear even in those teams, which are made of honest, good and non-lazy people.

What is it a personal dislike?

This psychological process is divided into several categories:

1. Asymmetric personal animosity when one person treats another badly, and that, in turn, is good.
2. Mutual hostility, when both persons know that do not like each other.
3. Complex personal animosity. One person resents another, thinking that he feels for him negative emotions. In fact, both treat each other well, but only one of them believes that the other is hostile.

How can you recognize?

Consciousness is not always ready to recognise personal dislike. While under its effect, the person is not able to think objectively. Personal animosity is evident, therefore, that the judgments, statements and actions of the opponent is perceived as hostile. In this case, the usual smile can be recognized as a sneer or a smirk.

Personal animosity is supported by social networks and by email. Usual greeting, which in the end put an exclamation mark can be recognized by the recipient experiencing personal dislike to make a claim. So communication through different means of communication between such people should be deleted.

This is a complex mechanisms of personal animosity, knowing that in time it is possible to recognize and eliminate. Thus, it will help to extinguish the conflict in the team.

Why do I get a personal dislike?

One of the reasons of occurrence of this mechanism of the psyche are unspoken claim. Person doesn't like it, what did the opponent, but because of his shyness he did not tell. Colleague again did a bad thing. Again he did not report it. Thus, each time claims will only accumulate, that will lead to personal animosity.

Heard from someone that someone spoke ill of him, he becomes tense. In this case, the wrong message of the story can lead to setting up one person against another. The culprit will be gossip.

The insult can also lead to personal animosity. So, one person may not be aware that something hurt the opponent.

Personal animosity may occur due to unnecessary illusions. This happens when one person believes the other is perfect. At one point, the ideal of doing something wrong. The man begins to think that the opponent gave himself not for who he is really. So formed dislike.

If one person does not fulfill his promise, the other does not understand the reasons for this, and immediately thinks its a bad. This is the ground for the emergence of personal animosity.

If the person holds the opponent some hope, but it does not excuse them, it leads to personal animosity. The fact that accumulate of unspoken claims, and this leads to this condition. The opponent may not be bad, just another person to him is too excessive demands.

Ambitious and challenging personality types can start to compete with each other. On this basis, can develop a personal dislike.
Is the advice useful?
Присоединяйтесь к нам
New advices