Where to go in Brjansk

Bryansk is one of the oldest Russian cities. It stands on the banks of the Desna, at a crossroads of routes from Russia to European countries. During the Second world war the city was the center of the partisan movement, what is now reminded by numerous monuments. Here born Fyodor Tyutchev, Eduard Tsiolkovsky, Alexander Chizhevsky. 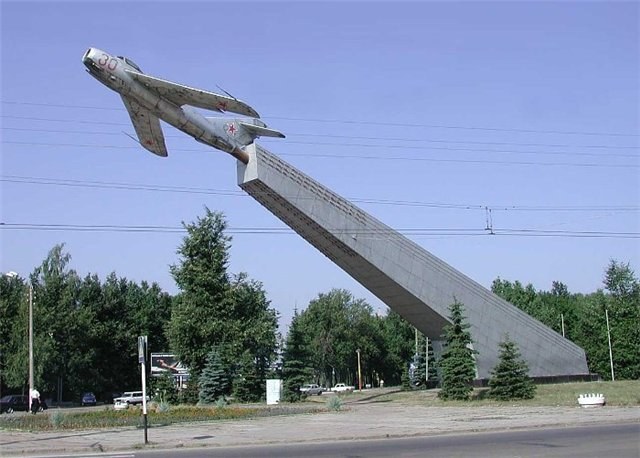 Related articles:
In Bryansk are a lot of sights, reminiscent of the events of the great Patriotic war. Among them, the Kurgan of Immortality – a monument to soldiers who laid down their lives in the name of victory. It is one of the symbols of the city. This magnificent structure in the form of earthen mounds crowned with five-pointed star. Mound is located in the picturesque Park "the Nightingale". In the city center there is a monument to Bryansk pilots. It is a pedestal on which is mounted a legendary fighter jet MiG-17. After the war there was stationed a regiment of fighter jets, the pilots who participated in the war with Korea.Be sure to visit the historic core of the city – Pokrovskaya mountain. In the 12th century it housed Bryansk Kremlin. However, in the 18th century it ceased to exist. Now the Central building of the intercession of the mountain is the Cathedral of the same name. He is the oldest surviving Church in the city. Nearby is a memorial complex which was built in honor of the Millennium of Bryansk.It's worth visiting the area of Guerrillas. Here is a monument of military and partisan glory at the foot of which burns an Eternal flame. The main square is a Museum, which exhibits tell about the history of the Bryansk land. Park Museum named after A. Tolstoy is one of the amazing parks not only in Bryansk, but throughout Russia. Its small area boasts a unique collection of sculptures made of wood, there are also several fountains, rides and cafes. The Park is named after the famous writer Alexei Tolstoy, who was born in the Bryansk region.Interest for tourists represents and mansion near intercession mountains, which in the mid-19th century lived a wealthy merchant Bryansk Michael Abraham. The mansion has unusual for its time appearance. It was built in the spirit of Gothic architecture, and this attracted attention. During the war the merchant's house was badly damaged, in this regard, it was partially rebuilt. Now it is the residence of the Metropolitan of Bryansk.Near Abraham's house, on the hill, is Gorne-Nikolskaya Church. It was built in the 18th century the wooden churches. Once it had housed a planetarium, now in its walls is the monastery. At the entrance to Bryansk you can see the country's only monument to front-line drivers. His idea and place of construction is not accidental. It is from this place had gone to war avtobatalon, which was formed of the drivers of Bryansk. The monument was built with money from local automotive businesses. On the opposite side from the monument on pedestals are the real front-line machines of that time – ZIS-5 and GAZ-AA. Local car enthusiasts there is a wonderful tradition – they honk every time I pass by the monument in memory of those drivers who died at the front.
Is the advice useful?
See also
Подписывайтесь на наш канал