How to get rid of crickets

Usually, crickets are insects living in damp and dark places, such as basements. However, in some cases they can settle in city apartments and in country cottages. Frequent visitors, they are residents of the first floor as cracks and crevices they come in the home and can comfortably live in the neighbourhood with the person. 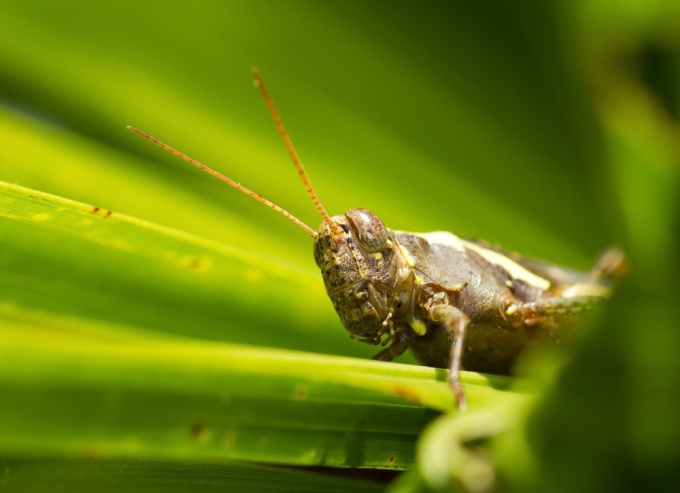 To get rid of crickets is very difficult, because to fight these insects are practically no specialized funds to bring cricket squads designed to combat household pests, such as ants and cockroaches, almost impossible. The struggle with these insects could be made effective, there are several ways of getting rid of insects.

As you know, crickets are the cause of most concern to the residents of the apartment the sounds they make at night. However, at night the crickets not only sing, but also to actively move. If the house is home to one cricket, the easiest way to get rid of him is to catch him in the dark.

2. To create conditions that are far from natural

Crickets live in damp conditions, and it is therefore in the apartment, they often settle in the bathrooms, because it is here that the conditions as close to natural for the crickets environment. If conditions change in the bathroom or any other room in which dwelt cricket, will become very dry, the insect will have to find new habitat, or it just dies from lack of moisture. To deal with cricket with dryness, simply, in addition, this method allows to get rid of the insect fast enough without the risk of harm to human health, or the animals living in this apartment.

It is known that some chemicals designed to control insects, are very effective, they can be the best assistant in the fight with crickets. However, this method should only be used if the house has settled the family of crickets, and get rid of them by other means is simply impossible. However, when using toxic media, such as "Dichlorvos", is to remember that they are dangerous to people and Pets and also extremely toxic. That's why using this method should take care not to be at least a day in the treated apartment, and then provide housing thorough ventilation.

To get rid of crickets is difficult, largely because even specialized service dealing with pest control, not doing the cleansing of the house from these insects. However, it should always be remembered that the above-described methods of dealing with crickets is very effective, though extremely simple, you can use them even in a short period of time to clean the house from crickets and prevent their reappearance in the home.