How to calculate and plot

Diagram - flowchart of the solution of the problem of the strength of materials when calculating the strength characteristics and loads on the material. It reflects the dependence of the bending moments of the length of the loaded area of any element. It can be a beam or truss, the other bearing structure. 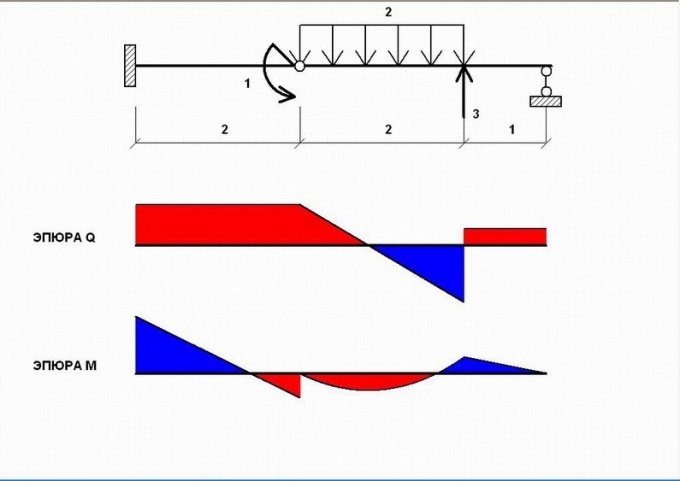 Related articles:
Instruction
1
When calculating the strength of material is considered that there are four kinds of internal stresses that arise in elements loaded by external forces. This torque, transverse force, longitudinal force and bending moment.
2
Usually build the plot twisting and bending moments, as a most dangerous to the strength characteristics of structures. If necessary, study the distribution of longitudinal and lateral forces on the loaded length of the element, counting and build also plot the longitudinal Q and transversal forces N.
3
Building plot in arbitrary scale and sign, indicating dimensions. Proportion to comply with is necessary. The signs "+" and " - " in a circle indicates a sign of plot on the plot forces.
4
To build a plot, start with the solution of problems in theoretical mechanics and strength of materials. Select the nature of item and the type of its relationships (the ways of fixation in space). In this case, consider the following basic rules: - a system at rest is in equilibrium; the sum of the forces acting on a balanced system equal to 0, as the sum of the moments generated by these forces; the moment the product of force on the shoulder perpendicular to the distance from the point of application of force to the point of time;- the upward force is positive, downward is negative;- if the system when moment seek to turn clockwise moment is positive if vs is negative.
5
Specify the exact true direction of the reactions when the elements under consideration. To do this, define the dependence of the force and moment from the argument x, and the direction of travel (right to left or Vice versa).
6
Take a pencil, a ruler, paper. Draw a scale diagram of the considered element (rod) and its compounds (props).
7
In accordance with the calculations indicate the point of application and direction of forces, their size. Specify a point of time, its direction.
8
Divide the element into sections (section), specify them cross force, get to the plot. Define in cross-sections bending moments. Construct bending moment diagrams.
Is the advice useful?
See also
Подписывайтесь на наш канал