How to drive a car with automatic transmission

Driving a car with automatic transmission, of course, more comfortable than its counterpart with manual gearbox. But in order for the automatic box has served long and reliably, you must follow certain rules and take into account some of the nuances. 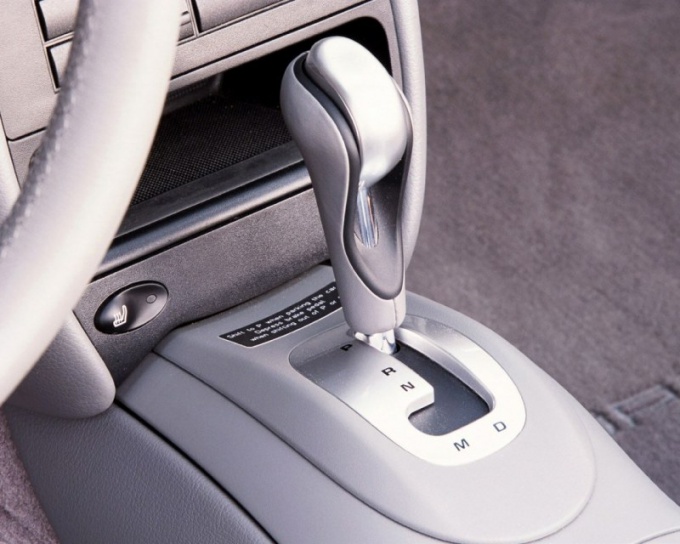 Related articles:
Instruction
1
Before starting the engine ensure that the selector lever is in position P or N. an Attempt to start the engine under other provisions of the lever in the best case will lead to the fact that the electronics will lock the ignition; at worst, to breakage of the machine. In the cold season immediately after the start start selector switch in all modes, staying in each one for 2-3 seconds, that will warm up the box. Then shift to D and hold for 2-3 minutes the car brake without touching the gas pedal.
2
Make a habit to press the brake pedal before the selector lever from position P or N to D. And only after a characteristic mild shock and reduce idle rpm, release the brake and drive smoothly utaplivaja the accelerator. Do not try to move to a dynamic driving style, while the oil in the gearbox reaches operating temperature.
3
If you are used to driving cars with a manual transmission, don't be tempted to manually shift the transmission when accelerating or go to a neutral speed when braking. Until then, until you get used to it, lifting your left leg away from the pedals to the old habit do not press the brake instead of the clutch. In city mode keep the selector in D or 3, trying as little as possible to use Overdrive ОD. When driving on the rise in other serious conditions, use range 2.
4
While translating the selector lever from one position to another on-the-go never switch the modes P and R to a complete stop. The mode N during the motion is allowed only when absolutely necessary, such as when engine braking. If accidentally switched on invalid mode, immediately reduce the speed to idle, then re-place the selector lever in position D. Try not to exceed the permissible engine speed.
5
In the presence of the modes 3, 2 and 1 engine braking is carried out with their help. To do this, release the gas pedal and move the selector lever from position 3 to position 2. After reducing speed to 50 km/h and below, according to the same algorithm switch to mode 1. Please note that transport with automatic transmission the engine braking is significantly lower than in the case of a manual transmission.
6
Use the same modes and for fast acceleration. Move the selector lever from D position or 3 to position 2, making sure the revs on the tachometer. In the presence of a sport mode turn it on. When fully pressed the gas pedal box itself will go into a mode kik-Daun, in which the transmission will switch later to maximize the set speed. Automatic exit from this mode is possible only when the engine maximum allowable speed. For forced shutdown mode kick-down, just release the accelerator pedal. Note that frequent use of this mode reduces the life of the automatic transmission.
7
Before turning to reset the speed and enforce a reduced speed, use kick-down or range 2 selector. On a sequential automatic transmission manually lower the gear.
8
During short stops must hold the vehicle brake. If during the stop selector switch to the P position, brake use is optional. However, if the machine is on a slope, be sure to apply the Parking (hand) brake. At first, apply the Parking brake, and then – mode of R. the Range of N include only for long-term Parking lots and in traffic and heat to improve cooling of the box.
9
Don't be afraid of a short wheelspin on slippery roads. The box wears out long slipping. So if you get stuck, use the build-up of the car, alternately switching step-down from mode 1 to mode R and back. For riding with a full load or heavy trailer use step-down modes 2 or 3. The acceleration in this case, start in mode 1, and when it reaches 40 km/h switch.
10
Find out in advance from the user the maximum range and the tow speed of the car. As a rule, cars with a gun is allowed to tow in N Yes the distance is not more than 50 km at a speed not exceeding 50 km/h. If necessary, further immerse the tow car on a tow truck, post drive wheels or disconnect the transmission.
Note
Follow the service box. Monitor oil level, add if necessary, note leaks. Observe the deadlines for the replacement of oil and filter. An active style of driving or operating the vehicle in severe conditions, change the oil twice as often. Diagnosis and repair of automatic boxes actually spent only in specialized organizations.
Is the advice useful?
See also
Присоединяйтесь к нам
New advices