How to connect the ignition switch

If your car is out of order lock switch ignition, replace it you can independently, without resorting to car service. The main thing - to buy a new quality replacement. 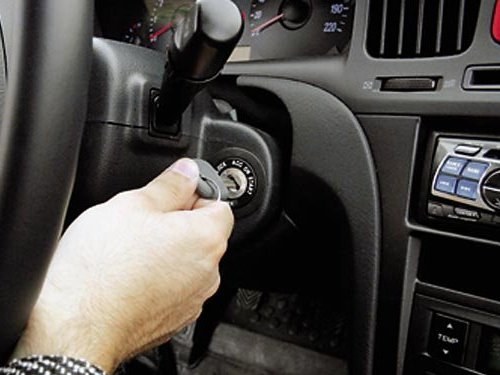 Related articles:
You will need
Instruction
1
Disconnect the terminal wires from the minus sign of the battery. Remove the steering column, first using a Phillips head screwdriver, remove the four screws connecting the housings.
2
Unscrew the screws attaching the lower shroud to potelefonu the switch and a screw, screwed into the bracket of the steering column, then the column covers are easily removable. Access to the lock the ignition switch is opened.
3
Remove the bolts securing the ignition switch with a chisel and hammer, as head they cut off. After you slightly loosened the bolts and Unscrew them with pliers. Remove the bracket from the steering column, then remove the lock ignition switch.
4
Disconnect the electrical connector. Remove the screw fastening the ignition relay, take it out from under the panel and disconnect the connector. Disconnect the relay wire going to ground, remove the connector with the wires of the contact group. Install a new lock to the ignition switch, having done all the operations in the reverse order.
5
Find the color scheme of the car's electrical Manual for your car if you need to connect the lock to the ignition switch, which has a broken connector with the wires of the contact group, and you don't know where which wire need to be connected.
6
Understand the diagram. Wire of a certain color coming from the ignition switch, connects a consumer power supply. For example, in the diagram of the car VAZ-2109 lock ignition switch designated by the numeral 52, a pink wire coming from it, relates to side turn indicators (in the diagram marked figure 47), the red wire is the starter (16); blue is the switch of external illumination (42), and so on.
7
Connect the wires of the power supply schematic. Assemble the lock. Connect the negative cable to the battery. Check out the work of the castle, sensors and electrical equipment of the vehicle.
Is the advice useful?
See also
Присоединяйтесь к нам
New advices