How to learn to fight with swords

Fighting on swords is beautiful and romantic. Such hobby helps to travel in those days, when men were brave and noble, and the women are wonderful and mysterious. If you want to experience the romantic era, as well as keep yourself in good physical shape, learn to fight with swords. 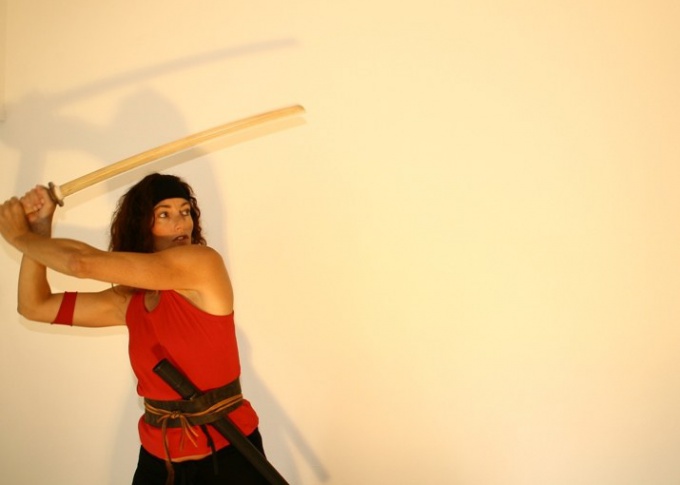 Related articles:
You will need
Instruction
1
First of all, decide the art of fighting in which swords you would like to master. After all, between a katana and a European sword there are many differences!
2
If you are attracted to samurai swords, learn Kendo. It is a modern fencing art that takes its history from the traditional techniques of samurai swordsmanship. If you decide to do Kendo, you have to spend 60 – 80 thousand Russian rubles for the sword and ammunition, but then you will be able to indulge in the pleasure, developing not only the body but also the spirit. This kind of fencing art is extremely popular, and enroll in school in almost any city.
3
If you want to learn how to fight on the usual swords, you can join the fencing club or to go to the trps. Special investments will not require from you. You have to buy or make yourself a wooden sword or duralumin. Do not forget about defense – you, as a beginner, it is very useful. Be sure to get the Bracers. It would be nice to have a helmet. Although your mentors and try not to hit you on the head, but better not to risk it.
4
If you don't want to learn to fight with swords in the group under the guidance of a teacher, it can be done independently. Although the partner you'll need. Training can be conducted in parks, stadiums. Approach to the choice of protection should be more responsible than if you went to training at the club, because your partner is also inexperienced and can get sword at any place. Specify in advance a stop word, in pronouncing which the fighting stops.
5
One of the major mistakes newbies – during the fight they look at the sword of the enemy, trying to trace his movements. Don't do that, you still can not follow behind the blade, even if he is in inexperienced hands. Look in the chest opponent, so you will see all his movements. Not disclose during the fight: exposed arm or leg like a invite to hit on them. And remember that the best defense is a fast attack.
Is the advice useful?
See also
Подписывайтесь на наш канал