How to draw traffic signs

Road signs were invented to reduce risks for all traffic participants and streamlining of the rules of behavior on the roadway. However, if drivers need to be able to read them, pedestrians often ignore such knowledge, thus exposing your life to danger. Once and for all to remember the value of each sign using the drawing. This practice is used in many schools at lessons. 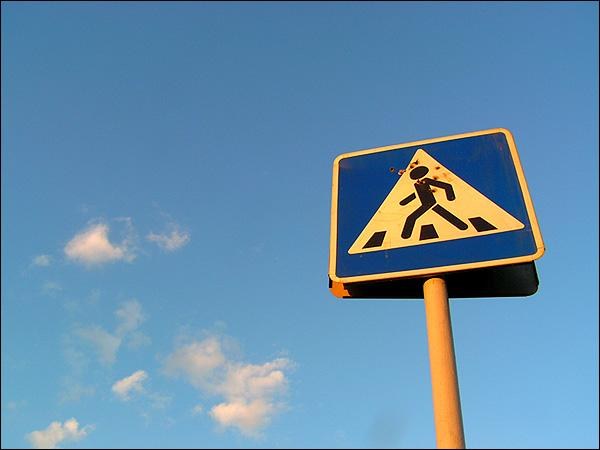 Related articles:
You will need
Instruction
1
Prepare a sheet of paper on which you will depict road signs. Theoretically, it can be lined, for example a notebook. The presence of marking will allow you to transfer accurate proportions, while avoiding unintentional distortion. Also store templates that will serve as the basis for your pattern.
2
The main pedestrian are pointers that govern their movement. So start with image "crosswalk" - the most simple from the point of view engineering drawing of the sign.
3
Draw a square, it will place an isosceles triangle. The space between the two geometric shapes coloured in blue.
4
Inside the triangle draw a pedestrian walking on the Zebra man. The direction indicates the location of the sign relative to the roadway – he always "looks" in the direction of the road.
5
The head position closer to the top of the figure, indicate it in the form of a slightly flattened oval. The trunk and limbs represented in the form of thick lines, the legs put it between the Zebra stripes. Color the figure and the strip of road markings in black.
6
Signs indicating the presence of surface and underground transition, are drawn a little differently. Draw with a ruler a square inside it put the figure of people who needs to remain white background make blue.
7
A sign prohibiting the movement of pedestrians, is drawn in the circle. With the help of a compass and mark a circle inside of which depict the running man. Paint the figure in black.
8
The edge of the circle proof thickening, paint it red, diagonal line of scarlet cross the pedestrian so that the lower end point to the direction of movement of the person.
9
Contents characters of the service is placed in rectangle with rounded edges, inside which is a square. The space between them colored blue, and the background less geometric figure remains white.
10
Items gas station, telephone, car wash, etc. are painted in black. The exception is the designation of the medical center always has a red cross.
Is the advice useful?
See also
Присоединяйтесь к нам
New advices