How to send a letter to Medvedev

Russian President Dmitry Medvedev promotes a policy of transparency which means that everyone can write him an open letter about the violation of their constitutional rights and expect a fast and adequate response from the state. 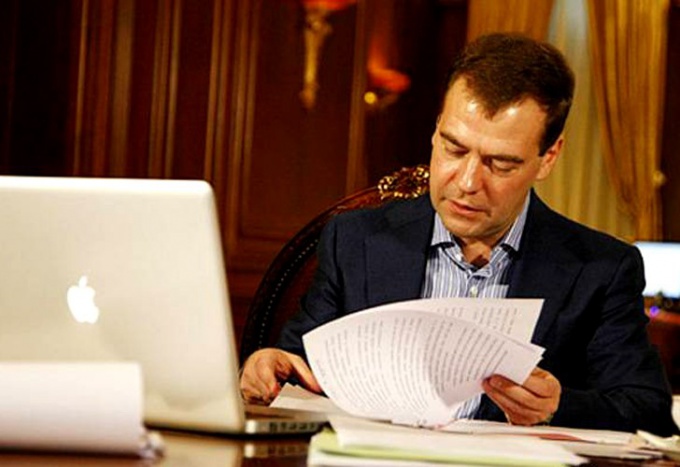 Related articles:
Instruction
1
Write a letter to Dmitry Medvedev on his official website and on the website of the Kremlin. In accordance with the legislation it must be considered within three working days. It is clear that the President is unable to browse all the coming to him of letter, this deals with a special team of assistants. However, some requests, especially those containing interesting, touching story, still reaching the head of state.
2
The answer to your online request will be forwarded to your actual address that you must specify in the application form when completing the form letter. Thus, if you specify an incorrect or nonexistent address, the answer to you simply will not come.
3
As for the letters, it also put forward specific requirements. First, it should not be too long: maximum amount - 5 thousand characters. Second, it should not contain attachments and attached files. If you have photos or video files, it is best to send such a letter by regular mail or use the pages of the President in social networks.
4
You can still write the following letters no earlier than five minutes after sending the previous one IP address. In short, you can write the President a lot and often, most importantly - on the merits. If your letter will General philosophical arguments about the unfair structure of the universe and the plight without specific complaints and requests about the proceedings, without reference to a real violation of your constitutional rights, then most likely, your message will be ignored.
5
Your letter will be deleted if the text will be typed only in capital letters, without division into sentences, will contain foul language or insults to the government of the Russian Federation. It is necessary to remember that letters are still read by people, not devoid of human emotion and compassion. So if your text will be sympathy, it would be much faster.
Is the advice useful?
See also
Присоединяйтесь к нам
New advices