How to do card tricks

To do card tricks — the desire of any adult or child who looked at the work of a magician on the street or in the circus. First, the tricks seem like magic, but after the disclosure of the secret comes the understanding that the most important sleight of hand! 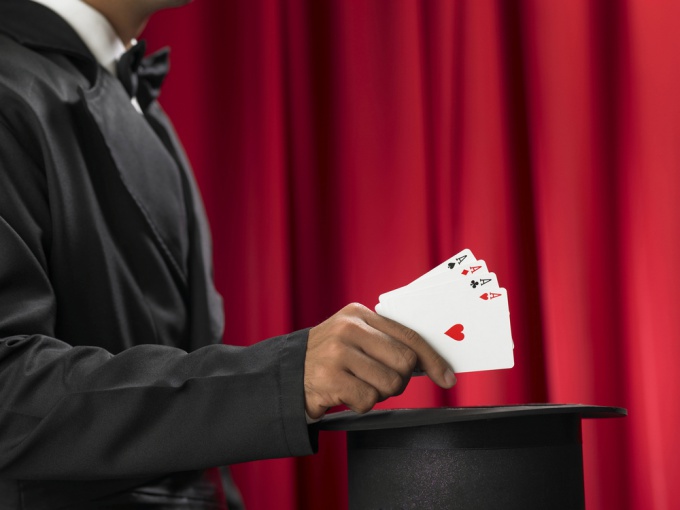 No long training is nothing to try to perform magic. Movement of hands and fingers needs to be quick and agile.

Here are some ways how to do card tricks that you can learn at home and impress their friends.

How to do simple card tricks?

Spectator selects a card from the deck, memorizes it and puts it back and the magician after some manipulation of the deck finds it. The secret of focus – in the key map, which is next to the map viewer, its the magician observes the moment when the spectator puts his card facing back in the middle of the beveled deck.

The deck is shuffled or demonstratively given to remove the audience, then the magician looks at the shirt in search of the key cards of the target audience.

The second focus is the emergence of cards from the air.

It requires much more skill than the previous one. The magician first shows the audience the empty hand – short stroke and a map in hand!

The secret of focus in the training of the fingers between the index and middle fingers and between the little finger and ring are clamped to the corners of the lower edges of the cards so that they could not be seen when the palm is straightened.

The palm is shown to the audience so that was not visible sandwiched card.

Then with a quick movement, four fingers bent to the palm, and the thumb secures the card on top. Then the fingers straightened, the card remains in the palm of your hand.

You can do reverse trick – disappearing card, but for this we need to train more.

However, any focus, regardless of the devices require regular and prolonged exercise, bringing the movements to automatism.