How to identify syphilis

Swollen lymph nodes, malaise, and the appearance of the skin sores or rashes can be a symptom of syphilis – sexually transmitted diseases transmitted sexually and, in rare cases, by contact-household. But to determine it for sure you need to pay attention to the characteristics of the disease and pass the appropriate examination. 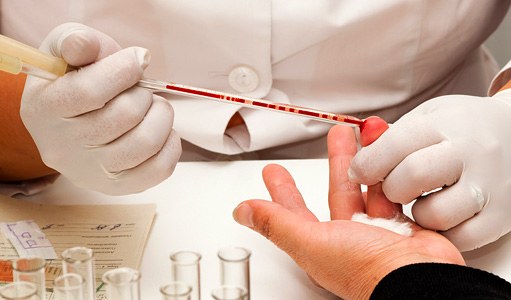 Related articles:
Instruction
1
When syphilis affects all of the liquid environment of the body. Therefore, contamination may occur not only during intercourse but also during oral sex and even kissing, especially if the skin has cracks. In most case, the signs of syphilis (chancre) appear at the place of penetration of Treponema pallidum – the causative agent of the disease.
2
Unlike other sexually transmitted diseases for syphilis characterized by long incubation period. That is why the first signs may not arouse suspicion and remain without proper treatment. Meanwhile, there is a further development of the disease.
3
Often the first symptoms of syphilis appear after 40 days of infection. In the place of the infection appears solid seal – chancre – ulcer with sharp edges and flat edges, thick base and a bluish-red color. It can occur on the external genitals or on the cervix (in women). And the only symptom of syphilis in this period can only be swollen lymph nodes. That is why the initial stage of the disease can pass unnoticed.
4
The appearance of the chancre is accompanied by malaise, fever, headaches, muscle and bone-articular pains (mainly at night), as well as insomnia and anemia. If these signs of illness are given a completely different meaning, and leave them without proper attention, the syphilis succeed in another article, which is characterized by episodic appearance of the rash.
5
For the second stage of syphilis characterized by a long duration (up to 4 years or more). The disease manifests periodic discomfort, severe hair loss (up to the bald spots) and a rash on the skin, mucous membranes, and sometimes on the plantar part of the feet and palms. Moreover, lesions in syphilis vary according to the form and manifested in the form of spots, pustules, confluent plaques. The characteristic feature of this stage is the "necklace of Venus" - a white spot on the neck type of collar. His appearance tells about the defeat of the nervous system.
6
If untreated, the disease goes into a latent form without any symptoms for years. And, despite the lack of visible signs of syphilisthere is a gradual bone-articular, muscular and nervous systems, and 5 years later syphilis enters into the last stage.
7
In the third stage syphilis affects all the organs and tissues. Especially the nervous system suffers. And, despite the fact that in this period the disease is curable, the affected organs irreversible changes occur, leading to disability or deformity. And what is the breakdown of cartilage, a clear symptom of the last stage of syphilis is the lack of nose is its cartilaginous part.
8
Suspicious symptoms – swollen lymph nodes, a rash or sores it is better to undergo laboratory tests. It will help to exclude or confirm syphilis. The most common method of diagnosing syphilis is a blood test on PB (Wasserman) in which blood taken from the cubital vein. Not less common and serological analysis of blood.
9
If the result is positive, for confirmation of syphilis, make the reaction of immobilization pale treponemes. In rare cases with clear evidence of syphilis, but a negative analysis can assign computed tomography.
Is the advice useful?
See also
Подписывайтесь на наш канал