Few had faced in life with the hypocritical behavior of people. Sensations, it should be noted, not the best after such life stories. But it turns out that hypocrisy is multi-faceted and far more common than you can imagine. 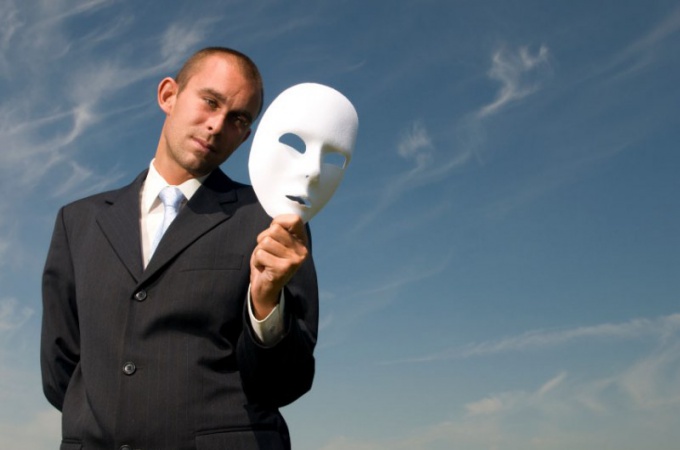 First you need to understand what is behind this repulsive, causing dislike the word "hypocrisy." Most explanatory dictionaries of the Russian language agree that hypocrisy can be considered as insincere behavior, a deliberate willful pretense, duplicity to hide their negative motives and true feelings with the aim to win.

The Greek word translated as hypocrisy, literally means "stage actor", we are talking about people playing a role and not behave naturally and relaxed. And when it is done with selfish and malicious motives, then others suffer.

Hypocrisy is directly related to lies and deception because the person to achieve her is the trick, justifying themselves and their actions. They say about such people: "for him nothing is sacred", "ready to go over corpses", "he won't stop."

Moreover, the hypocrites in their majority well-versed in psychology and skillfully manipulate other people. So don't blame yourself if you suddenly fell for their bait. Surely they distorted the facts, concealed information, gave a favorable (for themselves or for you) the light of the said feigned voice.

You can mark several types of hypocrisy:
- political;
- religious;
casual.

The first group includes the endless promises of deputies and other authorities to change the situation in the country, improve the economy, free health care, education and so on. Often further words business is not, and these words are pronounced only with a view to conciliate the people and to get them more votes in the elections.

Under religious hypocrisy means teaching people the laws of God, which are themselves educational (priests, pastors, teachers) willfully violate.

And everyday can be attributed to the hypocrisy that people go in everyday life when communicating with each other.

Hypocrisy is always harmful, so you need to learn to recognize it and stay away from people who show it.