Throughout life, humanity struggles with certain obstacles, physical, psychological, material and even invented. But there is a circle of people for whom the obstacles are of special interest. They didn't just learn quickly to overcome them, but also made from this kind of extreme sport, which quickly gained popularity among many segments of the population. 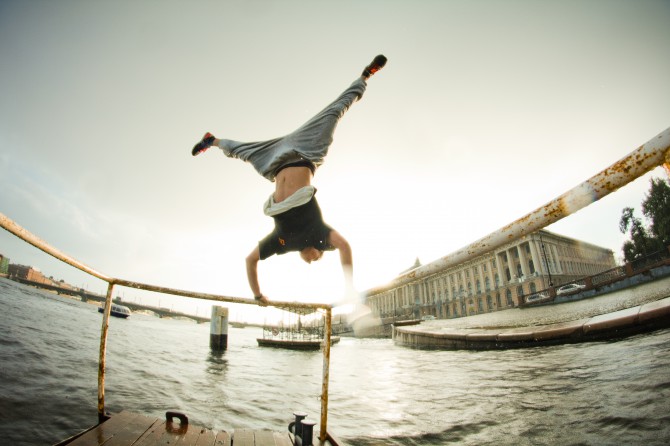 Parkour – a kind of discipline of non-traditional activities, which bears a lot of dangers that have arisen before the First world war, and came up with it one soldier, who introduced to his fellow soldiers a new kind of training, which includes physical and moral exertion, involving willpower. They are usually trained in agility, self defense, climbing on rocks and free floating, incorporating elements of gymnastics.

Later, this type of training was called "Natural method", which is very well demonstrated in the period of the First and Second world wars. Even after the war this method has not lost the popularity and were the first group of people that called themselves the "Yamakasi". A group of people kept the idea of a "Natural method", not only for military purposes, but more entertaining.

By itself, the word Parkour originated from French expressions – the obstacle course during its athletic, which was called a traceur, with the acrobatic abilities of his body overcame different difficult obstacles with the least possible amount of time.

Parkour is divided into two types: Akrostrit and Bildering. Akrostrit, which also bears the definition of street acrobatics, running on a flat surface without any insurance and protection. Bildering like rock climbing, except instead of the rocky mountains act as a multistory building and various outbuildings. Unlike the first type, buildering is prohibited, as is climbing the building in many countries is considered a violation of public order or even the law. 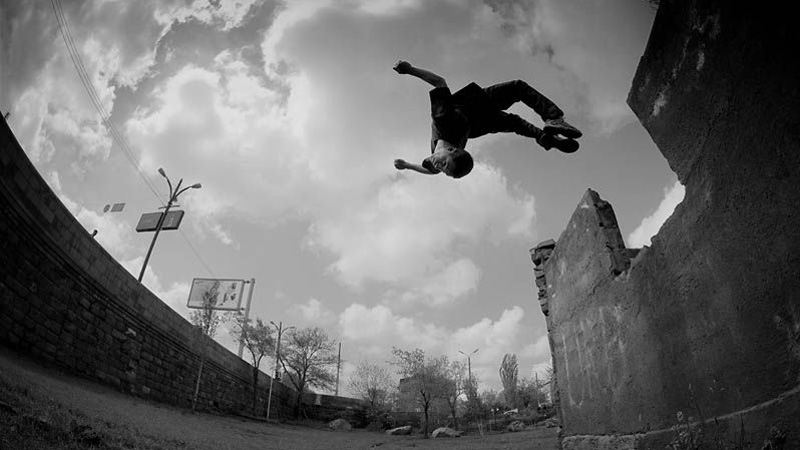 The official competition of this extreme sport is not received, but was organized by the world Association of Parkour, in many countries schools began to appear, it began to implement in many law enforcement agencies, but most of all it became popular in movies and video games that showed this discipline in all its glory. And to this day is, and always will be, lovers of this "Natural method", which continues the story of the proven and very popular extreme sport.