How to write a letter to the President of Russia

The indifference of officials, delays in the provision of housing or even cases of corruption. These are just a few of the topics with which the citizens of Russia decide to write a letter to the President. It would seem, is simple enough to pose a problem, proper, to execute in the path. However, it is not so simple. 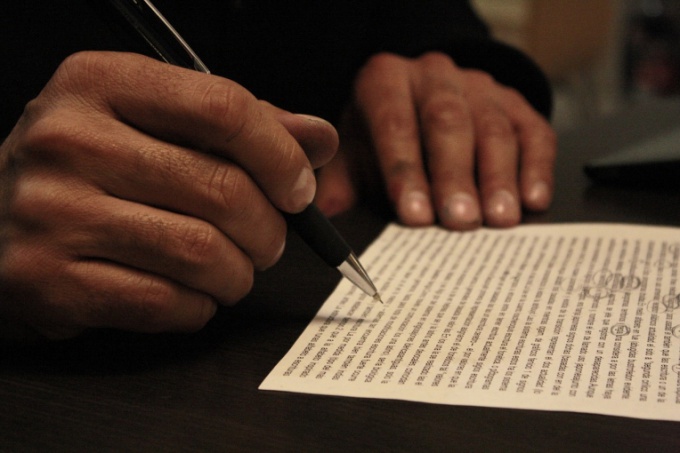 In the first lines of his letter

Before you exercise your right to appeal personally to the guarantor of the Constitution, is to imagine for a moment how many similar messages the office of the President receives daily. And each of the applicants, of course, hopes to obtain not just the answer about redirection to some subordinate authority, and the actual result.

It is worth to mention that the result will be in the case if you passed all of the lower straight instance. Situational example – in the courtyard of the planning area dipped the asphalt so that car stuck, moms with strollers are unable to drive safely, and pedestrians and then stumble on a hole in the road. Just write a letter to the President is pointless and futile.

First, you need to contact a special unit of the municipal formation, on whose balance there is territory specific home. If the statement is ignored – the appeal to the city MP elected in this constituency. In that case, if no result followed, the following recipients of the regional authorities, the Ministry for urban Affairs and the Governor. And only in the case that the whole series of correspondence and personal meetings, these instances did not lead to the result that is valid and justified to ask the President of Russia the question – why in the courtyard of the hole in the pavement.

And what will be if to ask the President of Russia the question on which a series of recipients has not yet been passed? Most likely from the office of the President such treatment will move in supervising the Department and specific responsible person. But time, in this case, it will take much more.

In addition, it is futile to write complaints to the President on court decisions, because the Executive and judicial branches of government are independent and influence each other, they can't.

What to write a letter to the President?

In practice, the appeal to the President of Russia is radically different from the usual business letter. The letter should be typed in typing. For private addresses in the header of the letter the addressee indicated in "to" field and the "From" field. Letters from legal entities issued on an official letterhead, indicating the number and date of outgoing of circulation.

In the preparation of the text of the appeal must follow the basic rules of business etiquette, use mainly simple and unambiguous wording. In the use of specific terminology is better to provide the document with explanations in footnotes or at least in brackets.

The style should be mostly restrained without excessive emotional coloring. The task of the applicant to bring the problem to the recipient, and not display a kaleidoscope of feelings about the situation.

The letter should be completed operative unit – specific request or offer. Without this document may not be reached before consideration and remain ignored.

The trend to openness has opened a lot of additional communication channels with the authorities. The President of Russia is not an exception. So, along with the postal address to send a letter to the first person of the state can be:

Email the President should be succinct – no more than 2 thousand characters. The lack of volume of the treatment kompensiruet the ability to attach electronic files in the application. After sending the document to track the progress (review or in a private office on the same resource, or by phone + 7 (495) 625-35-81.

Message of the President of Russia forwarded to number 2316. Moreover, for subscribers of all mobile operators registered in the territory of the Russian Federation, messages free. However, there is a caveat – the money per SMS will be charged in the case, if the case contains advertising, obscene and offensive expressions.