Uterine fibroids: can you get pregnant with fibroids

Uterine fibroids and pregnancy are not mutually exclusive, but sometimes it is fibroids interfere with conception and normal pregnancy. But there are situations where a small knot by chance be found only in a pregnant woman. What to do in these cases? Of course, the approach to each situation should be individualized, and treatment can be appointed only by a physician. 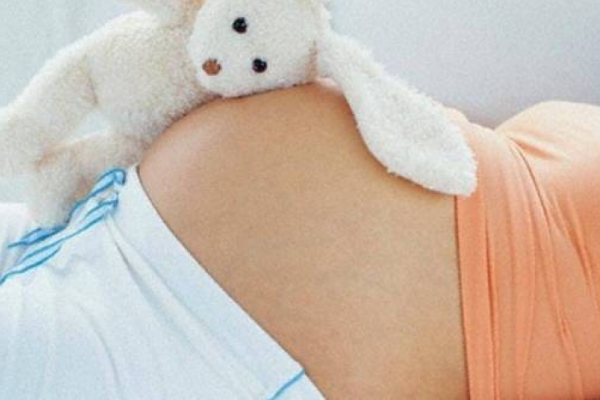 What are uterine fibroids?

Uterine fibroids - benign tumor growing from the muscle (middle) layer of the body. The causes of the disease very much often fibroids occur due to menstrual disorders, metabolism, family history of heredity. Women after 30 years with no children, are at risk for this disease.

Before planning pregnancy should be examined by a gynecologist. Because sometimes a woman may be unaware she had the presence of fibroids. For example, if the myoma node of a small size, no symptoms may not be. In this case, myoma detected only on ultrasound. The larger the fibroids, the more pronounced its manifestations.

The most typical manifestations of uterine fibroids include: nagging pains in the lower abdomen, discomfort in the abdomen and heavy menstrual bleeding. Menstruation is lengthened, there is a loss of large amount of blood, leading to anemia. Sometimes bleeding is so severe and prolonged that a woman forced to go to hospital for help.

In most cases, by itself, uterine fibroids do not affect fertility. Pregnant woman can in a natural way, in that case, if it saved a normal menstrual cycle. Some pregnant women first learn about the presence of the node in the uterus at the first examination in the antenatal clinic. In this case, the doctor must decide on the possibility of bearing a child.

- myoma of the small size (not more than 4 cm according to the ultrasound);

- the number of nodes no more than four;

- if the myoma is growing slowly, that is increasing at less than half in six months;

- fibroids has no signs of malignancy, that is, if it is not cancerous.

In other cases, the doctor may recommend to terminate the pregnancy.

Sometimes women turn to gynecologist with complaints of inability to conception. Indeed, uterine fibroids can be the cause. This situation occurs when the myoma node is very large and distorts the uterus, preventing a fertilized egg from attaching to its wall. In addition, fibroids can be located in the cervical part of the uterus, and act as a spiral that also lead to infertility. A woman shows the surgical removal of the node, after which it will be able to carry and give birth to the child

Often interfere with fertility are those factors that indirectly led to the emergence and growth of fibroids such as hormonal disorders, menstrual disorders. In this case, you need a comprehensive treatment, including the use of drugs aimed at the normalization of the menstrual cycle. In parallel, must be resolved on the need to remove the node.