Which is signaled increased progesterone in women

Progesterone is an important female hormone, has a significant impact on a woman's body. It is especially important to control the content of this hormone in the blood in preparation for conception and on early stages of pregnancy. Low progesterone levels will not allow the woman to conceive and bear children. A high level can indicate the presence of at least serious problems. 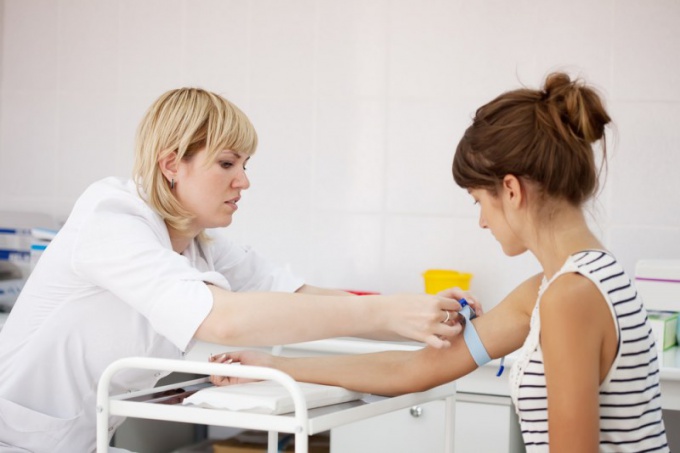 When to consult a doctor

A healthy woman that has no problems in the field of gynecology, there is no reason to be interested in the level of progesterone in the blood. To go to the doctor for the direction of the analysis follows in the following cases:

- there are constant miscarriages in the early stages of pregnancy;

- with the continuing ovulation pregnancy does not occur;

- there was a strong uterine bleeding;

- there is a suspicion of tumor formation in the body;

- discovered pathological changes in the ovaries.

All these symptoms, or otherwise indicate an abnormal level of progesterone in the blood of women. Especially dangerous is the increase in the level of this hormone.

Increased progesterone in a pregnant woman

During physiological pregnancy the level of this hormone in the blood of women and should be much higher than normal. In the second and third trimesters this level only increases and begins to decline just before the birth. However, a significant increase of this substance in the blood should be alerted and the very pregnant, and watching her doctor. A strong excess of progesterone may indicate problems in the development of the pregnancy. For example, premature aging of the placenta. This condition is dangerous because incorrectly functioning organ does not deliver the right amount of nutrition and oxygen to the fetus which can lead to fetal growth retardation, premature birth, and sometimes death of the baby in the womb.

Also the increase in progesterone a pregnant woman can testify about molar. This is a serious diagnosis, in which the fetus dies or not formed at all, and its shell begin to grow. A molar pregnancy requires immediate uterine curettage and follow-up. Excess hormone shows appearing cyst of yellow body. By itself, the cyst is not very dangerous, but during pregnancy requires regular monitoring.

Increased progesterone is a signal of trouble

If a woman is not pregnant, the progesterone level it too high, then there is reason to suspect she has a serious pathology:

- hyperplasia of the adrenal cortex, which leads to infertility, and therefore requires mandatory treatment;

- some types of malignant tumors;

- cyst of yellow body, which can develop outside of pregnancy.

Also the level of the hormone increases uterine bleeding outside of menstruation and the menstrual cycle, the woman has an idea and without putting the analysis on hormones.

Only increasing levels of progesterone could not confirm or deny the presence of any of the above diseases. In any case you will need further tests to identify the exact cause of the excess hormone and to start proper treatment.
Is the advice useful?
See also
Подписывайтесь на наш канал