How to remove lag on Minecraft server

The availability of your server - perfect for Minecraft fans, eager to play by their own rules. However, the fun of the gameplay can considerably spoil the appearance of lags. How to eliminate them and prevent new ones? 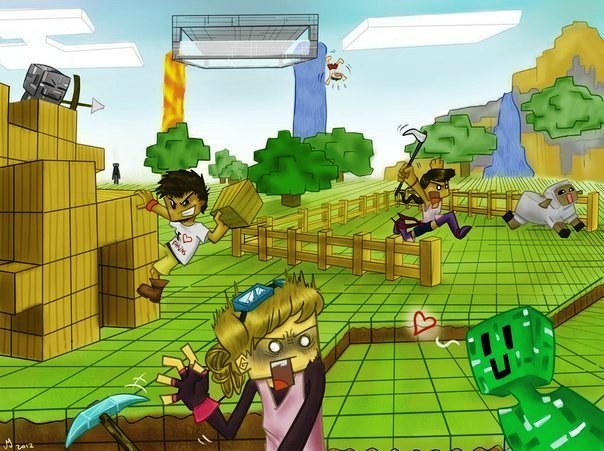 When the cause is in hardware and installations

Many novice "microptera", faced with the lag on a private server newly created, are ready for them to fall into despair. Still would take excellent gameplay with friends did not work! However, in such a situation it is better not to indulge in sad reflections, and to think about what could be the reason of errors in the game application.

Sometimes the solution is obvious - if it lies in the far from ideal the power of the computer is selected as the host for the server. Gamers who create their own multiplayer platform, you must be in this sense a realist. PC, barely coping with singleplayer, does not "pull" the server even if you play there will be only a couple of people.

Because the fan of Minecraft, dreaming about multiplayer online, you should think about buying sufficiently powerful hardware with large capacity of RAM, a good processor speed and other important strategic parameters. However, the software on it is also necessary to establish with the mind.

Often the cause of lag becomes a "broken" plugin or other software products, causing disruptions in the functioning of the server. In order to prevent such a mistake, not a sin to take installers for all game add-ons solely from trusted sources. In addition, not overloading the server - it is necessary to install only those plugins that Playground actually able to withstand, and which it is really needed.

Software products to eliminate the lag

If the capacity of the hosting computer seems to be no problems, and the software it is normal and the server is still consistently lag, it would be necessary to think about installing special add-ons is able to get rid of such troubles. They produced a sufficient amount of, and the Creator of the multiplayer game platform, it remains only to choose what is more suitable in his situation.

For example, it can stop the choice on ClearLagg is a plugin that optimizes the load on the server and disable it the features that cause lag. Management in this case with the help of special commands, for example, to stop a chain reaction of dynamite - if the Playground are giperstesia gamers, to construct the whole tower of TNT, and then trigger the explosives, the instant "tuck" the server.

In addition, this plugin reduces the memory usage and limits the number of different objects in the game world. There is a possibility to disable unused chunks, see a list of those that cause the lag, to limit user actions through the function Permissions, etc.

However, we have to consider other plugins with similar properties. So, NoLagg will make the server more resilient to various factors causing failures in its functioning: the explosions of dynamite, many drop, etc. to Organize the latter also helps the plugin Stackie, and eliminate unnecessary messages too "sprawling" to chat is to use ICleartheChat. Such software products and their analogues will be a real help to the Creator of Minecraft server in overcoming the lags.
Is the advice useful?
See also
Подписывайтесь на наш канал