How to remove lag in Minecraft

Many fans of Minecraft at least once faced in the midst of gameplay with an unexpected problem. The game suddenly started to hang, and such unexpected difficulties completely killed the pleasure of it. How to cope with this lag? 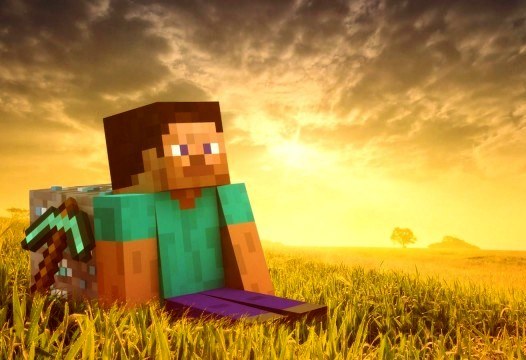 Related articles:
You will need
Instruction
1
If your computer is weak, surely you too the lag in Minecraft happened. Try to figure out why this happens. Sometimes it turns out that the culprit is incorrect handling of the software platform Java. Go to task Manager and look in processes list, how many apps with the same name in the time of starting the game works. If not one, then complete the excess by pressing the appropriate button.
2
When such actions fail, decides on a more radical method - reinstall Java. Use this installer on its more recent version, which will make the game run better. After that go through the start menu of your computer in control panel, find Java and select view (View). This opens a window in the empty row in which you have to enter the desired performance under Minecraft allocated RAM.
3
Select the values that best match the amount of RAM (i.e. random access memory) of your PC. For example, if it is 4 gigabytes, put that in place with Runtime Parameters-Xms978M and -Xmx3748M. The first digit indicates the minimum amount of allocated application memory, the second the maximum. The above parameters are suitable only for 64-bit Windows. In the case where on your computer it has only 32 bits, write only one value of - Xmx and next to him (without any spaces) specify no more than one Gigabyte.
4
Also try to edit the settings of their graphics card. If you have it from Nvidia, go through the start menu control panel, find the control panel card and run it. In the drop-down on the right side of the window that appears, select offering to adjust the three-dimensional image (3D). From all that appears, the lines you will be interested in only those that belong to the triple buffering and vertical sync. The first of these options must be enabled, second is disabled.
5
Download and install a special mod - OptiFine. It helps to optimize the functioning of the game through the use of hidden reserves of the system, and disable the unnecessary options. Produced through the aforementioned mod the graphics settings in Minecraft in accordance with the technical characteristics of his computer. In the case where the low-power, unplug the manifestations of weather, clouds, drawing distant objects and some other parameters are not very important for gameplay, but significantly reduces the performance of your PC. Now after saving your adjustments, and restarting the computer - you might have noticed that the lag disappeared and the game began to work much faster.
Note
When your computer's processor multi-core, can choose in OptiFine settings load chunks option Multi Core. It will allow to involve the available resources of your PC.
Useful advice
If you have other mods, do not install the light version of OptiFine. It is incompatible with some plugins Minecraft, especially ModLoader and Forge.
Is the advice useful?
See also
Присоединяйтесь к нам
New advices