Until what time the pregnancy test shows

Pregnancy test designed to determine in the early stages. However, he needs to give reliable results and for her last weeks. The test can show 2 strips even for several weeks after birth. 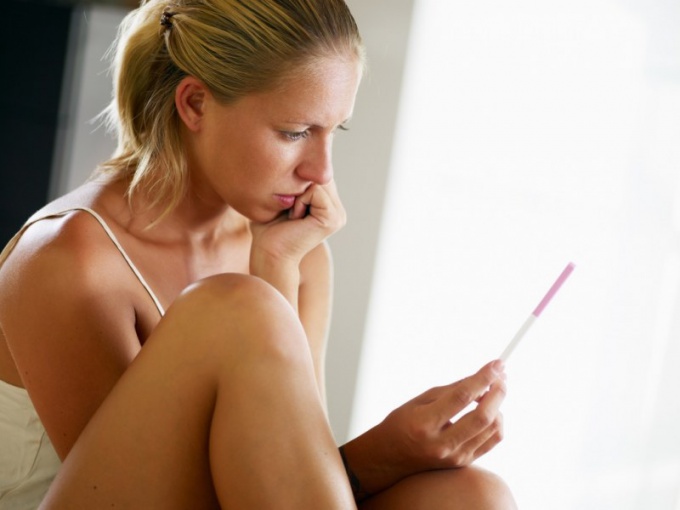 Related articles:
Instruction
1
The principle of a pregnancy test lies in the ability of the strip to respond to the increase in the concentration of human chorionic gonadotropin in the blood. Normal in a woman who is not pregnant, the HCG content in the blood is minimal. It is not sufficient in order to interact with the reagent, which is impregnated with a test strip.
2
A few days after attachment of the embryo to the uterine wall, a woman's body begins to secrete a specific hormone - human chorionic gonadotropin. To determine the increase in its concentration in blood is possible by using blood analysis already after 7-9 days after conception. Home pregnancy test usually starts to produce a positive result from the first day of menstruation. Previously conduct Express analysis does not make sense, as the concentration of hormone in blood are low, resulting in high risk of obtaining incorrect results.
3
The increase in the concentration of HCG in the blood occurs about the 12th week of pregnancy. Every few days it increases in 2-3 times in comparison with the previous indicator. Then it will gradually decline. This does not mean that at some point the test will stop showing a positive result.
4
The content of HCG in the blood of the pregnant woman during the time quite sufficient to test showed 2 strips. When the content of the hormone reaches maximum, the indicator strip can be manifested most vividly. If you do a rapid analysis in the last weeks of pregnancy, it may be slightly paler.
5
Typically, the test begins to show a negative result only after some time after birth. The rate of decrease in concentration of HCG in the blood for each case is different, so in some situations, the test is positive and a few weeks after birth.
Note
If early pregnancy test starts showing negative, this may indicate a serious deviation. To reduce the concentration of HCG in the blood during the first trimester it is possible to pre-diagnose the existence of a threat of spontaneous abortion and even fetal death.
Useful advice
When choosing a pregnancy test, you need to pay attention to its shelf life. Violation of the term and the storage mode can cause that the result of the proximate analysis will be inaccurate.
Is the advice useful?
Подписывайтесь на наш канал