When you need to take a blood pregnancy

An early method of diagnosis of pregnancy – a blood test for HCG. This is the pregnancy hormone that shows the presence in a woman's body chorionic tissue (i.e. tissue of embryonic lobe). At the size determine the duration of pregnancy. 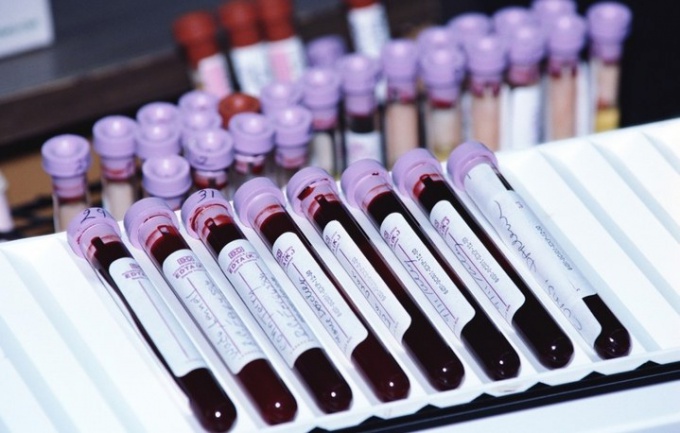 Related articles:
A blood test for human chorionic gonadotropin indicates the presence of a hormone that secretes additional shell or layers that appear in the uterus after conception. The hormone may be present in the body of a pregnant woman (after the abortion it may be detected in the blood for 5-6 days) or men (for cancer of the testicles). Women hand over the analysis on hgch in several cases: in the absence of menstruation, when the risk of miscarriage or missed abortion, prenatal diagnosis of malformations of the fetus etc. Also analysis is appointed to complete the evaluation of induced abortion. Diagnostic value of analysis of early pregnancy is justified – in this period, neither a test for pregnancyor an ultrasound cannot accurately determine if fertilization of the ovary. The level of HCG it is possible to judge pregnancy for each week determined by a standard value. To perform analysis for human chorionic gonadotropin, it is necessary to take blood from a vein. This is best done on an empty stomach, early in the morning. If you have to take the test at a different time of day, it should withstand a break at 6 hours after you last ate loosely. If you are taking any medications, especially hormonal medications, you must inform the doctor. The results, as a rule, has been delayed for two or three days, but you can try to negotiate in the laboratory and to pay for urgent diagnosis. A blood test for pregnancy is recommended not earlier than on the third or fifth day of menstruation. You can check the result after re-analysis after two or three days in the first months of pregnancy the level of HCG in blood increases every day and reaches the peak by 11 weeks, so a few indicators can reliably confirm the onset of pregnancy. After this you need to visit the gynecologist a few weeks later to do the first ultrasound. Are there home tests to determine pregnancy the level of HCG in the urine. But the reliability of such tests is much lower, as in the urine the concentration of the hormone accumulates at a later date.
Is the advice useful?
See also
Присоединяйтесь к нам
New advices