What to do if the house is infested house

According to legend, every house and apartment living, your own house. It does not depend on atmospheric conditions, the nature of the residents. Popular belief States that the house can be both good and evil. It all depends on the situation. 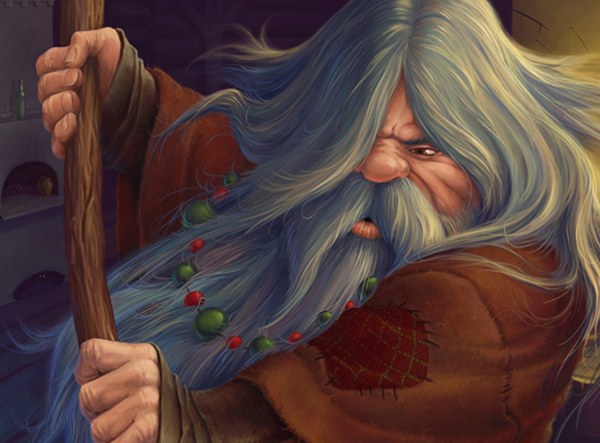 Brownie – who is it?

There is a perception that the house is a cousin of the devil himself. Despite this, banish it from the house it is impossible in any case! The fact that men of old gave the brownies a good life qualities. The house, according to popular folklore, is a spirit of order in the house, guardian of the hearth and Keeper of the home traditions. It is considered that the house expel dark forces, help the owners in the home etc. Good house, the one with whom residents have established close contact.

The house is infested with house. What to do?

At all times people tried to appease the brownies with the aim of attracting them to his side. To do this the home owner need to bring a certain sacrifice brownie. It is believed that perfume houses like rye bread, so the role of the "victim" may be a crust of bread left on the table in the night from Sunday to Monday. Recommended crust sprinkled with salt. It is considered that the house is waiting for a special invitation to the meal, therefore, mentally or aloud it is necessary to call to the table.

To the house was friendly to the hosts, it is recommended to make for him an unusual gift. Because these spirits love to play old beads, jewelry and coins, you need to lay down some of their decorations in a brilliant box (or a box) without a lid, put it in a secret place and tell brownie that it was a gift for him.

Conservatives claim that goblins hate dirt and mess in the house. It is believed that in such homes the spirits begin to make noise at night, brawl and intimidate the owners. The fact that the house is a true "foodie" in the Affairs of this life. If anything not satisfied, he can leave the house. All anything, Yes here the tenants neglected at home waiting for trouble: the money in this family will not be delayed, the men start drinking, and wife – to rasputstva.

To avoid this, your house should be loved, not hurt and not anger. No need for a night on the table to leave sharp objects (forks, knives, needles), as well as onion, garlic, salt and pepper. Brownie does not like these things, so their presence in a public place might make him angry. And indeed the house should be cozy and a good atmosphere, because the house is still a good spirit.

Sometimes brownies can have fun, climbing on the bed of their masters while they are asleep. If the night had a feeling of heaviness in the body, it is believed that this house is climbed on the man and smothers him. In this case, it is recommended to put under the pillow of thyme. You can read the prayer "our father". During the reading of the prayers must be baptized not only for themselves, but a house.
Is the advice useful?
See also
Присоединяйтесь к нам
New advices