Why is there spotting during feeding

During pregnancy and child birth in a woman's body is undergoing dramatic changes. As a rule, menstruation after childbirth no, not the last role in lactation. However, in some cases monthly begin and during breastfeeding. 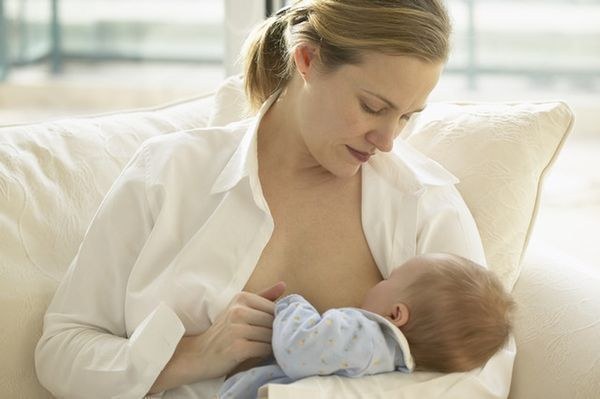 Related articles:
Instruction
1
Spotting the so-called "lochia" appear in women immediately after childbirth. They are a mixture of blood and mucus and have nothing to do with menstruation. They appear as follows. During the birth of a child on the walls of the uterus wound is formed, after separation of the placenta it starts to bleed. Subsequently lochia become pinkish-brown, yellow or even white. Their volume gradually decreasing. The postpartum period usually lasts 6-8 weeks, at this time, the uterus gradually decreases and takes the original size.
2
The restoration of the menstrual cycle is a hormonal process. The rate of flow will depend on the speed of recovery of the General hormonal background, the state of the reproductive system, method of childbirth (a natural process or a cesarean section), method of feeding the baby (breast or artificial). The majority of women to abandon breastfeeding, the monthly cycle is restored within 10-16 weeks after birth.
3
If a woman feeds the baby's chest, her body increases the level of prolactin. The result is produced the milk and prevents the formation of the egg, so menstruation during lactation appear later. The recovery of the monthly cycle while breastfeeding will depend on how the process of feeding. When the child gets round the clock breast-milk, the monthly cycle resumes after the end of lactation. The first spotting can appear before, that is a normal variant.
4
With the introduction of complementary foods (usually 6 months) can begin monthly. Spotting during feeding appears to 3-4 month after birth, if the child from the first days is on the mixed feeding. In some cases, periods may begin during lactation even with the rules of the application of the child to the breast. Such a phenomenon is possible as a result of too large intervals between feedings. In some cases, due to individual characteristics of the organism, monthly during lactation may appear in 1-3 months. after childbirth even under the condition of continuous breastfeeding.
5
If a woman started menstruating during lactation, it should not be a reason for weaning baby from the breast. If you reduce the amount of produced milk often necessary to feed the baby and begin to introduce solid foods. Approximately 80% of women resuming menstruation cycle occurs with the end of lactation. Typically, the first menstruation appears in 1.5-2 months. after cessation of breastfeeding. Most women have a monthly cycle after lactation is established immediately or within 2-3 months. If after this time the regularity is not restored, you should contact your gynecologist as this condition can be caused by certain diseases.
Is the advice useful?
See also
Подписывайтесь на наш канал