Who is more profitable to breed: pigs or bulls

Meat production is a profitable business. Profitable to raise livestock in the backyard − can provide a product of his family, and the surplus to implement and to profit. 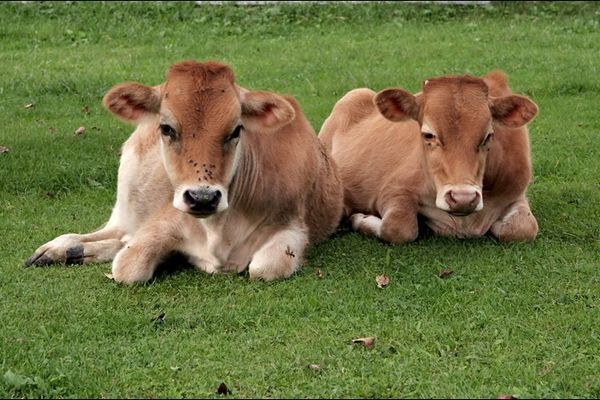 The raising of pigs is a profitable business

One of perspective directions in animal husbandry − pig. Start a small business from scratch, gradually expanding production. Enough to buy a few pigs and boars.

Pigs – the animals are precocious, gain weight fast, at the age of six months with good feed they reach 100 kg live weight. The first mating is carried out in 8-10 months, they have a multiple pregnancy – from 6 to 14 piglets, flows for about four months, more precisely, 114 days. After weaning (takes them 1-2 months), the uterus again comes to hunting. One pig can Farrow per year 2 times.

Feed consumption per 1 kg gain in pigs among the lowest of farm animals, a day an adult consumes 4 kg of dry food. They need to feed with animal protein, grain of wheat and barley in the winter we have to give hay. In the summer the grass will allow to save the expensive concentrates. A large part of the diet can be kitchen waste. Also in the food are:
small potatoes;
pumpkin;
− Jerusalem artichoke;
− fodder beet.
Estimated consumption of feed per head while growing up to 120-130 kg: the inverse – 40-50 kg; half a ton of potatoes, 200 kg of feed; 300 kg of crushed grain; pumpkin, root vegetables – whenever possible.

A promising direction is fattening steers

Growing calves − a promising direction − beef is in high demand, always in demand. Keep animals 15-20 months and pass on the meat. For their maintenance you need cold room at the rate of 10 sq m per 1 head (including space for the storage of fodder). The barn can be constructed from inexpensive material, such as slabs. For fattening purchased calves monthly, 3-4 months, they give a potjie (pronounced poikie) of skim milk per head requires 600 liters for the whole fattening period.

To get good gain − 600-800 g per day – they are fed large amounts of silage, forage, pulp, bard. In summer, hay replaces grass, in this period they are kept on pasture, where they fatten muscle mass. In the middle of feeding they put on a high-calorie diet, the feed is added concentrates to 1 kg per day, feed or grain from barley, oats, and corn, beets, forage – 3 kg hay – 2-3 kg per 1 head. For 60-90 days before slaughter the bulls begin to feed intensively. The daily rate is 5-7 kg of silage per 100 kg live weight, replace it with hay from the legumes.

With good nutrition 15-month-old bulls reach the weight of 300-350 kg At one year of age youngsters requires 6 units of feed per 1 kg gain, over two years – 2 times more.

What is more profitable

To say who is more profitable to breed pigs or calves, – it is impossible. It depends on the price at the youngsters in your area, prey availability, demand for products. If the house next to the rich grazing, the grass is "knee", you can stock up on, not too spent, hay – breeding bulls will be a profitable venture.

It is possible to buy inexpensive grain waste, to purchase at bargain price or to grow a lot of pumpkins and potatoes – in this case, the occupation pig will benefit.
Is the advice useful?
Присоединяйтесь к нам
New advices