What superstitions and omens associated with knives

Signs, as a form of folklore, passed down from generation to generation. They can believe, can not pay attention to them, you can simply not know or come by. Many will take this cold weapon, a knife. 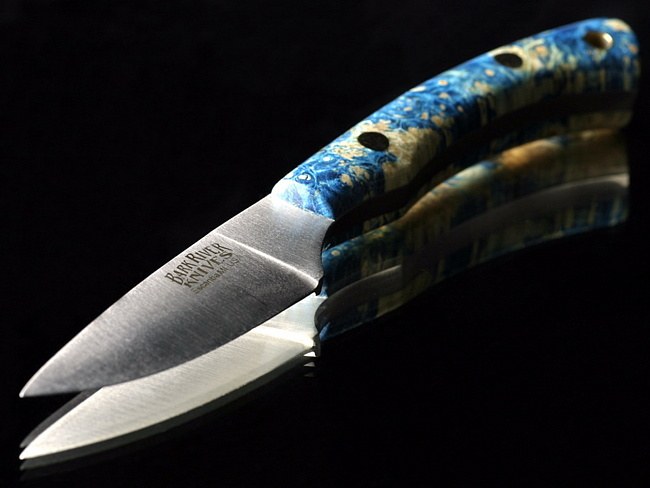 Related articles:
"Women" will take people a lot more than men. First, it is clear that women are more superstitious than men. Second, basic cooking utensils are not changed for centuries in fact, and the kitchen – the territory ladies who know exactly what crumbles salt but sugar, drop spoon so forks and broken plates. But the most confident leader in the number of related will, no doubt, is a knife.

In General, the fallen thing – a sign of an approaching guest. Our grandmothers used to say when something has been dropped: "Someone in a hurry or armless holds". The word knife is file object masculine. Therefore, the knife fell – wait for the man. It is important to consider how he fell. Handle – the unexpected guest will be friend and nice person. With the blade down will be unfamiliar, perhaps come with evil intentions. To avoid this visit, you need to raise the fallen knife and, three times, tapping them on the table and say, "sit at Home, we don't go." In anticipation of the good guest does not need to do anything, the knife should just raise.

It was believed that if a person prefers to eat with a knife, then he will be angry and irritable. Others do not like people avoid communion with him. Should get rid of such habits, and relationships with loved ones will start to improve.

I would like to mention that with a knife are not only superstition, it is a great helper in conducting certain rituals. For example, a knife cut "put young children. When the child makes the first steps, you need to symbolically hold the knife between the legs of the baby, as if cutting the rope that prevented him from walking until he was smaller.

In the old days it was considered bad luck to sleep baby at the time, when somewhere out of the house brought to bury the dead. It was believed that a sleeping child can not Wake up. To save from this could only be a knife put under the pillow of the child. Now in the villages also do so.

The knife requires attention and care. Is not only to periodically sharpen the knife, but also to Polish it. This subject needs careful and careful attitude. If it starts to rust is the hint to the host or hostess that you should pay attention to their health.

In any case it is not necessary to keep the house broken knife – a sign of approaching disaster. It helps to get rid of with the words: "the Knife breaks, but the trouble does not concern me".

And, perhaps most importantly, it is important to remember that signs may affect the life precisely to the extent that people believe in them.
Is the advice useful?
Присоединяйтесь к нам
New advices