Why can not afford to sew clothes

Since childhood, it is known that some things better not to do – to give the evening a loan, to clean up, while the journey of a loved person is not over, sew his clothes. It all relates to a bad signs, entailing the failure, but each such superstitions have a reason. 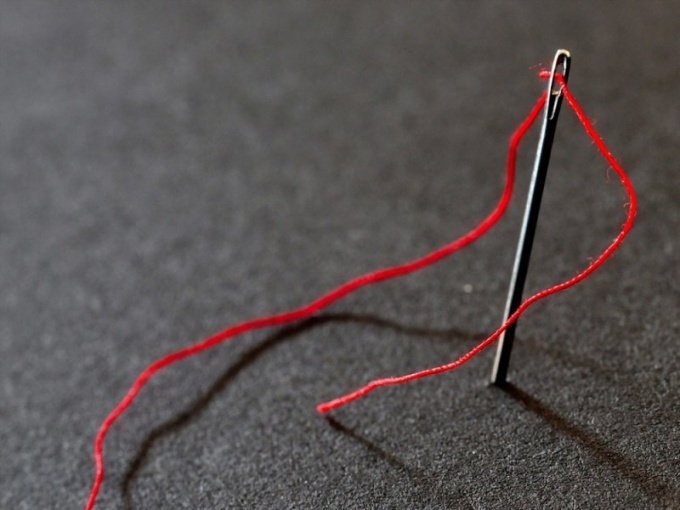 Sewing for yourself: folk omens

Typically a popular signs associated with any action, predicting a failure in Affairs or in trouble. Mending clothes does not exception, but, except bad luck, it leads to unusual consequences, but rather to forgetfulness, because grandma still say: "don't Shay on itself, sew memory". Moreover, the subject of this superstition is not only for darning holes in things, but sewing on buttons, dragging of the fabric if you need to fix the thread diverging part.

The causes of this superstitious belief is understandable, because sewing and needlework in Russia was exclusively female occupation, and in the Domostroi homemakers was not regarded as a carrier of intelligence in the family, controlling all aspects of life and nothing to forget. So ugly men attributed to the wives and daughters of unconsciousness, when suddenly they were interested and forgot about, left in the oven soup.

There's another superstition about sewing: before a long journey is not recommended to take up a needle and thread, this could bring trouble on the way.

The real danger of sewing for yourself

Most likely, the sewing on it is bad luck not because of the female mind, and due to the fact that in former times there was a great probability of getting infection or disease. After all, the darn wearing clothing uncomfortable, so any careless movement can lead to accidental shot.

It should be noted that technology of the past centuries were not allowed to produce sewing tools, including needles or awls, efficiently. The metal had microscopic burrs and cracks, which accumulate the sweat from your fingers and dirt, and in this environment, actively multiplying bacteria which can cause sepsis, or a disease such as tetanus.

Father Vladimir Mayakovsky died from blood poisoning which developed after the injection of conventional awl.

How to learn to avoid the omen

Those who believe that you can not sew yourself, you can give a little advice. If you really have something to darn without removing clothes, it is essential to perform work carefully and slowly, holding in teeth a small length of thread. It is believed that such opposition will take to prevent all unpleasant consequences, including memory loss and problems with the mind. This, of course, can be attributed to his grandmother's tales, but those who are trying to properly comply with the covenants of our ancestors, is not difficult to do.
Is the advice useful?
See also
Подписывайтесь на наш канал