Tomato is a member of the Family Solanaceae. Despite the fact that these cultures – the inhabitants of the South, they have become a major garden plots in various regions of Russia. Gardeners when growing tomatoes confronted with some difficulties: for example, the plant wilts. Why is this happening? 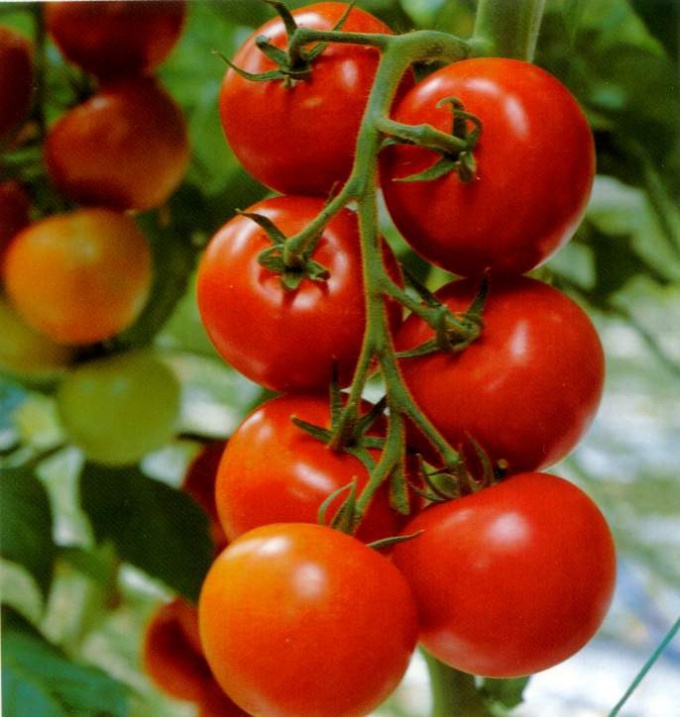 Related articles:
The lack of legitamate, like any other plant, needs proper watering. Its violation leads to the withering of plants, and in the end not to the rotting of the root system that is the cause of death of the tomato. To avoid this, seedlings watered daily, but a little better in the morning. After the pick plants watering should take place once a week, the water should be warm. Make sure that the soil is soaked completely. Before the next watering, the soil should be a little dried out. After planting tomatoes in the greenhouse watering plants once a week. Two hours after irrigation reduce the humidity in the greenhouse by opening the window and the door. The shortage of lightTomatoes – very light-requiring culture. Daylight should not be less than 12-14 hours a day, and the light intensity must be high enough. To do this, use fluorescent supplementary lighting. At a height of one meter above the young plants install lamp with energy saving lamp with power 18 watts. Boxes with seedlings, place on the Windows of the South-Western exposure. On the ground level you can put reflectors of sunlight (foil, white paper).The lack of mineral udobreniya, like any other plant, like feeding and nurturing it should at the time of planting and at flowering. During the growing season make three or four root feeding. First have to go through 20 days after planting. Per 10 liters of water put 1 tablespoon nitrophoska and 1.5-liter jar of mushy mullein. The rate of 0.5 liters per plant. The second in the early blooming of the second flower brushes. Per 10 liters of water put 1.5 liter jar of diluted chicken manure, 2 teaspoons of superphosphate, 1 teaspoon of potassium sulfate.Third – during the third blooming flower brushes. Per 10 liters of water add 1 tablespoon of complex fertilizers.Fourth 10 days after the third. Per 10 liters of water put 1 tablespoon nitrophoska. During flowering the second and third floral brushes, spray plants with a solution of boric acid (1 teaspoon per 10 liters of water). Rasteniyami disease occurs most often in greenhouses. Wilting starts from the leaves and then wilts the whole Bush. Precautions depend on the type of lesion. For example, when to treat bacterial cancer diseased tomato is impossible. Diseased plants as soon as possible destroy. Planting tomatoes in the same place leads to accumulation of diseases, which is the cause of decay. So the plants return to its former place not earlier than in 3-4 years.
Is the advice useful?
See also
Присоединяйтесь к нам
New advices