Prelaunch excitement of the leaders of many Russian football clubs is not only the start of the season their team, but with where it starts, what pitch. After all, permission to hold home matches on their own stadium can only be obtained in the case of the absolute it is ready. Including under the cover and layout all the necessary requirements of the Federation and the League. 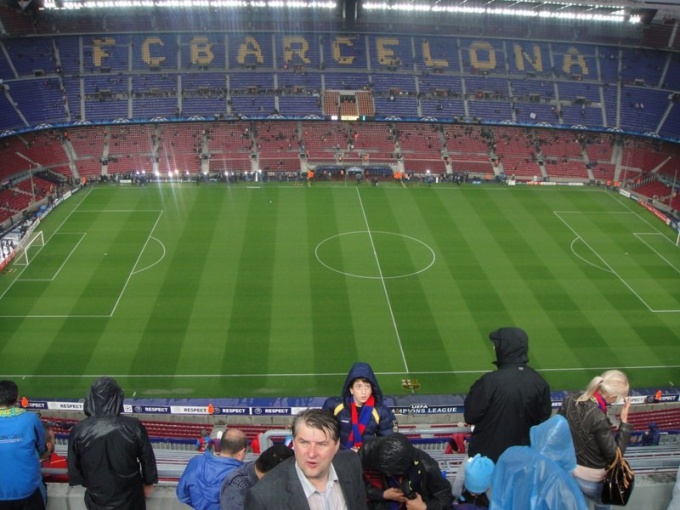 Football is one of the most elderly and conservative sports. Its rules were established in October 1863 in distinguished for its commitment to British traditions and changed rarely and with great difficulty. Especially in regard to the pitch markings prescribed in the first paragraph. Finally, they were formulated by FIFA, the International football Federation, June 1, 2013.


Where more stringent requirements are imposed to the stadium, which hosts international matches involving the top professional club teams and national teams. For compliance with the criteria is monitored not only by national, but international Federation. In Europe, for example, this is the work of UEFA, the Union of the continental football Association. UEFA allowed field length from 100 to 110 m (110-120 yards). Width — from 64 to 75 m (70-80 yards).

The markup for the label

The last change in the markup field was made in 1901 and 1937, when the penalty area and the penalty arc from the point at which breaking penalty kicks—penalty. Make it the same lines, the width of which shall not exceed 12 centimeters (5 inches). Two long lines that are the boundaries of the field are called side. Two short lines. And the first should be longer than the second.


There is also the middle line that connects the two side, on which is marked the centre of the pitch diameter of 0.3 m (1 ft). It is surrounded by a circle of diameter of 9.15 m (10 yards). It is from here that is starting to hit the ball early in the first and all subsequent, in the case of extra time in Cup games, halves. It also resumes the match the team, propustila goal.

If to maneuver the ten outfield players there is the whole field, the goalkeeper is the space limited to not only the gate, but again two rectangles. One of them is called the goal area. Another, larger, — the penalty area. The only goalkeeper can catch, return it and enter the ball in hands.


Another special football area technical is located in one meter from the bench for each team. A meter away from the technical area held and the side line of the field. This area is used mainly by coaches to give instructions to the players.

Look at the angle.

Under the concept of "standard clause" in football are subject to penalty, penalty, free and corner kicks. The latter are performed after the installation of the ball in a special arc drawn at each of the corners of the field. The radius of these arcs is 1 meter (1 yard). There are angles and showing the flag poles with attached flags bright colors.

The ground cover fields for football — a natural herbal blend. For creating, use various combinations of clover, bluegrass, fescue, bent grass and ryegrass, capable of withstanding prolonged exposure to not only the players and referees, but the weather.


This herbal mixture should have a high quality traction boots and must have good springiness for both players and the ball. Gaming turf pitch in two ways — grow the grass right at the stadium or bring it in the form of rolls of turf and rolled on the field.


Not the warmest the Russian climate does not allow to play football, especially early spring and late autumn, stadiums with natural grass. That is why many main or spare and training soccer fields in our country are done either with a heating system of underground drainage pipes, or with artificial "grass".


It consists of plastic fibers green in color, attached to each other and components of synthetic carpet with the seal of sand and rubber crumb. In addition, there is a mixed coverage, when natural turf sewed for better quality and longer lasting use — artificial "grass".
Is the advice useful?
See also
Подписывайтесь на наш канал