What are the consequences of poisoning with acetic acid

Vinegar – hazardous substance and a great helper in cooking. So he became a hero of the troubles, it is required to properly store and gently used. However, these caveats do not always pay attention, resulting in poisoning. 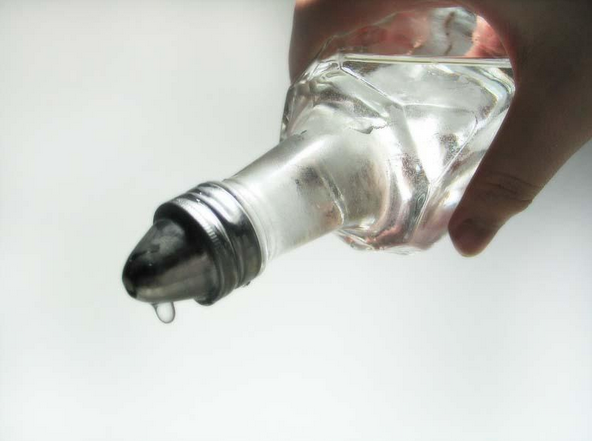 Precautions for use and storage of vinegar

Many people at home have vinegar or vinegar essence. It's a great preservative, they are used for pickling vegetables, add when cooking meat and fish dishes, also some Housewives in the manufacture of baking using vinegar for damping soda.


In General, the familiar vinegar is a purified wine. It is not too concentrated – no more than 9%. By the way, its name depends on what fruit it produced. If for its production have used apples, it will be "Apple", grape – wine. Types of natural vinegar with a low concentration is safer for health than vinegar with 70% concentration. Also called vinegar. In pure form it is not in use, so it is diluted with water. There is also another kind of vinegar, it practically will not find in the stores is "clean" or "ice" acetic acid. The name "ice" due to the fact that in acid, you can see the ice, even at room temperature.


All varieties of vinegar are considered hazardous substances. It is therefore advisable to keep bottles of vinegar in the place where children will not find it. You can hide it in the upper cabinets, if the child is very small. And when your kid grows up and learns to read, the bottle of acid, you can write "Poison" and tell about how it is hazardous.

Precautions and first aid for poisoning

There are many cases of poisoning acid. If the children drink vinegar because of its small age, the adults drink it accidentally, more often, being in alcohol intoxication. Of course, there are those people who specifically drink the vinegar. These include suicides and fans to treat it with folk remedies. With the first all clear, although easy a death call. But the second category of people, clearly not thinking about their health and about the consequences when using vinegar for medicinal purposes. For example, some so-called "pop" from heartburn or wiping vinegar solution temperature. Exceeding a dose of vinegar, you can get burned.


If you use vinegar with a high concentration in culinary purposes, make sure that no liquid gets on the skin, as this will cause a strong healing burns. Acid having a small concentration is not such a threat. But when ingested, can cause poisoning.


First aid that you can render to the patient until the arrival of the doctor is to give a poisoned person as much cold water. In any case do not induce retching, it may lead to bleeding. On the stomach you can put the ice. Further assistance the patient will be able to provide only a medical professional.

The consequences of poisoning vinegar essence

If the vinegar gets inside the organism in very small amounts (a few drops) or had a low concentration, serious burns and poisoning will not. May damage oral mucosa, but it is not dangerous. When a large amount of alcohol consumed acid will cause severe burns to mucous membranes of the mouth, there will be the defeat of the esophagus. If you do not provide medical aid immediately, the person will die.
Is the advice useful?
See also
Присоединяйтесь к нам
New advices