Is it possible to fry the mushrooms gobies

Experts say that in taste pickled mushrooms - bulls are not inferior to the famous mushrooms. Frying this mushroom is also possible, but it is not for everybody. To pickle, marinate or roast, but before any of these types of processing calves should be thoroughly soaked in cold water and then boil. 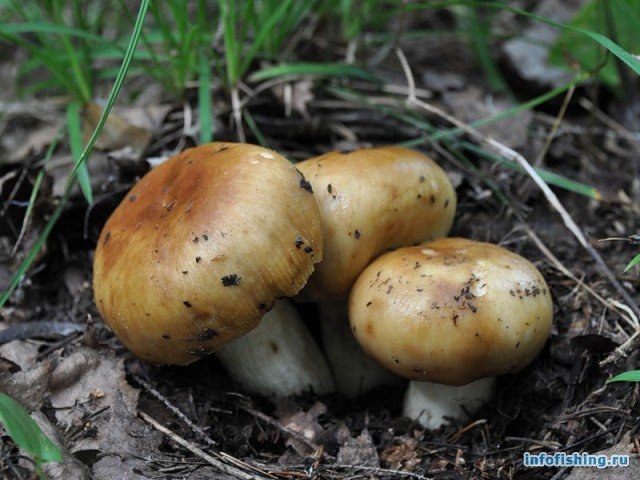 Related articles:
Bull, valuy, aplevich, kolbik, head over heels, hood are all folk names for the same fungus, which belongs to the genus Russula. However, this Russula differs from his fellows, with whom, after a short boiling (for the sake of getting rid of breakage) you can do whatever you want – fry, pickle, pickle. Bulls require special handling, so many pickers prefer not to mess with them. But sometimes it is simply impossible to pass by. Moreover, tight, dense, spherical cap yellow-brown color on the tubular leg and never think to hide, sitting side by side the whole family.

Acquainted with the peculiarities of the bulls

European mushroom pickers carry the bulls to inedible mushrooms, but in Russia, they received a high rating, especially in Western Siberia, where it is found in mixed forests in large groups. Just in mushroom terminology edible taken to refer to those fungi that can be cooked without pre-boiling or soaking. Gobies are considered conditionally-edible, as well as mushrooms, mushrooms, volnushki and many other recognized representatives of this class. I think that the question about the harvesting of mushrooms, no one does not cause problems, so you should not criticize the bulls – they're no worse than salting.

Experts advise to collect mainly gobies unsolved hats, however, should not refuse and overgrown mushrooms, if they are not wormy. The lack of bull that he is often worm-eaten hollow leg, even a little. Because the bulls are the mlechnikov fungi, like mushrooms, they contain a milky juice, possessing a caustic texture and bitter taste. But prolonged soaking in cold water (3-5 days) these problems will not be over.

To bring the date of the Ambassador, the water should be changed 2-3 times a day. Soaking it is acceptable to replace boiling, if it is not possible to frequently change the water, but then cook you need at least half an hour and the water used to boil, drain. Then boil again in water with salt. If the bulls had a long soaking, they are still advised to boil in salted water, but only 5-10 minutes. After this procedure, you can begin to prepare a brine or marinade.

Marinate usually small gobies. 1 liter of water will need 1 tablespoon of salt with a slide and two times more sugar. To taste put the spices: dill, pepper black, pepper fragrant, cloves sprigs. Prepared butts are lowered into the boiling marinade and boil for about 10 minutes. 2-3 minutes before end of cooking in water you have to add 1 tablespoon of 9% vinegar or tea 70%.

In pickling salt bulls need to take a little more than mushrooms. If are usually to handle, pour the mushroom layers, use 1 tablespoon for 1 kg, you will require 1.5. Time ready in 2 months, but experienced collectors say that in 3-4 weeks salty bulls are quite ready to eat. By this time, they do not taste bitter and have an amazing crispness. Marinated can be eaten in 5-7 days.

Fry gobies or not is a moot point. On the one hand, experts claim that it's not the best mushroom for cooking. On the other hand, enthusiasts deny this fact and fry the butts as well as all the other mushrooms that are intended for this purpose in vegetable oil with onions, but only after soaking and boiling. Famous recipes, which are already salted steers are used as an ingredient for cooking mushroom caviar and cooking chops. About tastes, as they say, do not argue.
Is the advice useful?
See also
Присоединяйтесь к нам
New advices