What if the cat got water in my ear

There is a common misconception that cats do not need bathing because they are able to maintain your body clean. Actually it is not so, because your furry favorite can get dirty so much that she will not be able to put himself in order. Bathing the animal, keep him in the ear in any case is not exposed to water. 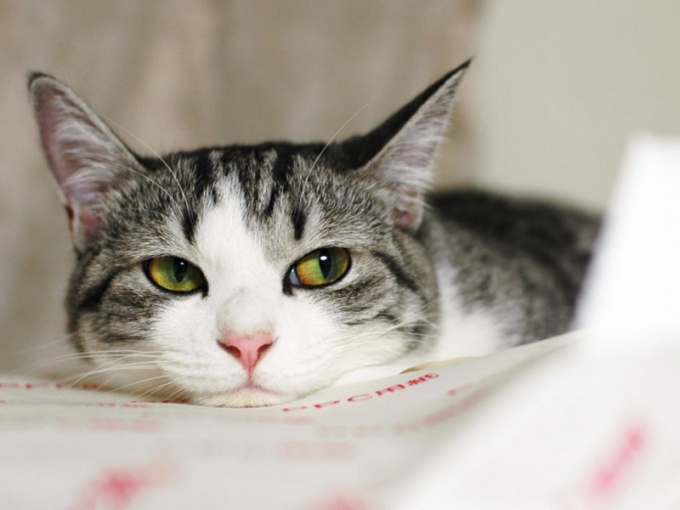 Related articles:
Instruction
1
Keep in mind that trapped in the ear canal of a cat or cats water is not as harmless as it may seem. The inner ear of cats is arranged in such a way that, once there, the liquid can not go back on their own. If the water will stay for some time in the middle ear of the animal, it is able to provoke inflammation hearing – the so-called otitis media. It is very unpleasant and painful for the cat, and in the absence of timely treatment can lead to partial or complete deafness.
2
Take action immediately if the ear belong you cat is exposed to water. If the amount of liquid is very small and she did not have time to penetrate deeply, it may be sufficient just to dry the ears of the animal and to remove the moisture using cotton swabs. If your cat is one of those rare representatives of their species who are not afraid of noise, then you can carefully dry her ears with a hair dryer. Carefully make sure that after this unpleasant incident the cat in any case is not overcooled, for example, not sitting near an open window, because in this case the risk of the animal has otitis media increases significantly.
3
Don't ignore strange behavior of the animal after bathing or after it got soaked in the rain. If the cat rubs his ears with his paws, shaking its head, is restless, running around the apartment and meows plaintively, then the owner should have suspected that her ears were water. You can try to take action to help the animal and in the home – it drip into every ear drops for treatment of otitis media, which you can buy at the pharmacy. You can also use hydrogen peroxide. If the water still will not come out of the ears of your pet, do not let the matter take its course and bring her to the veterinary clinic.
Note
In any case does not penetrate a cotton swab deep into the ear of the animal so you can hurt him or even damage his eardrum. It is better to consult a doctor than to harm the animal.
Useful advice
To prevent moisture from entering the ear, do not spray the animal in the water and do not bathe unless necessary. If the water treatments still can not be avoided, check that cat's head remained dry. Also, ensure it is not tripped it accidentally under a stream of water. Cats mostly don't like to swim, so your favorite might panic and start to break, soak the ears, so hold her tight and call her while swimming gently, but sternly.
Is the advice useful?
See also
Подписывайтесь на наш канал