How to transplant Hosta

Transplanted hosts from April to October, throughout the growing season. But this is best done in the spring – early may and in autumn from September. 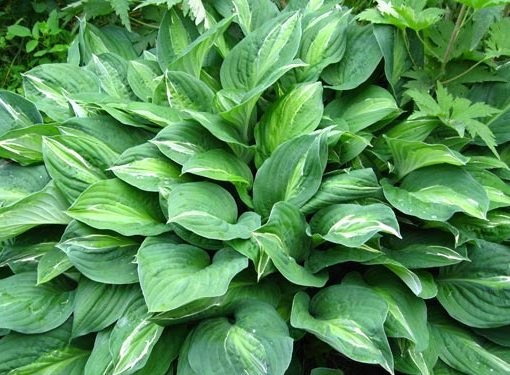 Related articles:
You will need
Instruction
1
If you want to move host to a new place, this place you must first prepare. Dig a hole two weeks before planting, to lay the compost, mixing it half and half with earth. During the transplant, no feeding, no organic or mineral, make not worth.
2
Host – a plant that transplants well when divided. Most often, the division is determined by the necessity, as the host quickly grows and occupies a large area. Host grown in the same place, every year it becomes lush and beautiful, but sometimes it grows so much that suppresses all nearby plants. In addition, every 4-5 years, the host needs to rejuvenate and to share with new bushes.
3
Before transplanting for two hours, the soil under hostas to moisten. Then shovel acapulca Bush on the perimeter. Should not dig around too close to the roots, but also a large distance to retreat is also not desirable, since large hosts can be so severe as to make their movement difficult. Obklopeny Bush carefully removed from the soil and the root system cleaned of earth. This is best done by lifting the host for stem mass and several times banging on the ground. Fear of breakage of the roots is not necessary, the host very quickly ramping up new roots
4
If you want to get from one hive a few hands or a sharp knife divide the host by 3-4 seedlings. Even without this and can not do, try to keep root damage was minimal. Next, from the tops of seedlings remove some foliage to reduce evaporation by the plant. This will increase his survival rate. In the landing pit by the size of the root system of a grafted Bush or the separated seedlings post plant, submerged 3 cm below the soil level, spread the roots and cover with soil.
5
For reproduction of hosts it is possible to divide the Bush into a large number of seedlings to one delenki. The leaves, which are removed with the plants or break the transplant, you can put in the water. They form roots and can be planted in the ground. In spring transplant the plant should leave the young leaves for photosynthesis. After transplantation of the plant should be watered abundantly to the root system are better able to adapt to new conditions. Then the ground around the Bush you need to mulch with dry peat, or other mulch material.
Note
After the transplant the host during the year is not gaining volume. But still impossible to put her in tight or close to the curb or other floral plants. In the third year seedling hosts to reach the volume of the parent plant.
Is the advice useful?
See also
Подписывайтесь на наш канал