How to conduct a funeral for 1 year

Traditionally, a Wake is not only a memorial meal, and prayers. Moreover, conducting a funeral involves a visit to the cemetery and cleaning of the territory. 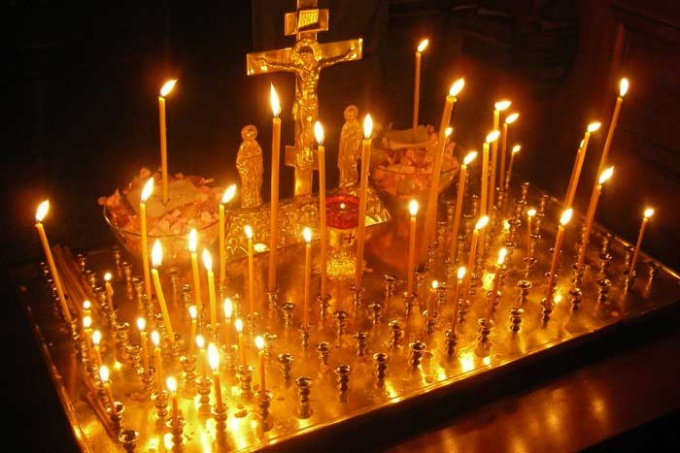 Related articles:
Orthodox commemoration of the dead in the first place involves prayer. And then a memorial table. Of course, the funeral, 9 and 40 day is no less significant events, which invite all the relatives, close friends, acquaintances and colleagues from work. However, in the Wake of 1 year can we not do that, and spend the day in prayer among the dearest people in the family circle. Also a year after the sad events it is customary to visit the cemetery.

How to have a Wake for 1 year?

If a person was baptized, he bought the funeral commemoration at the divine Liturgy. Prayer is a huge help for people who have left this world. Because by and large, a dead man needs no monument nor a posh meal, the only thing that can make a person close to his soul is to read prayers and to remember his good deeds.

To order the Liturgy in the Church on the evening the day before the funeral or the morning of the same day. Among other things, commemorate the deceased and meals. On this day, people prepare a variety of dishes: this is definitely the soup, and at the request of relatives preparing favorite dishes of the deceased. Don't forget about the pancakes, pudding and pastries.

The commemoration of the death of the deceased, be sure to visit his grave. If necessary there put things in order: try to paint the fence, plant flowers, pine needles (best survives arborvitae, it grows outwards and not takes root and grows only up). If in the grave there was a temporary monument, it was in the year after death it is replaced permanent.

The memorial meal at the Wake for 1 year

Of course, the hosts want to entertain the invited people taste better, but do not forget about Orthodox positions. So, if the funeral fell on the day of fasting, you should eliminate prohibited products and to serve only those dishes that are allowed to eat.

At the table it is necessary to remember the deceased, his good deeds and traits. No need to turn the memorial table in the "drunk bunch". After all, the word "Wake" originated from the word "remember".

The first dish that served on the memorial table is kutia. It is a boiled rice or wheat with honey and raisins. While eating meals think about the deceased. Such food is considered a symbol of resurrection, according to tradition, it can be sprinkled with Holy water.

The following dishes on the memorial table, namely soup, can be any, depending on taste preferences of the deceased or of the owners. It may be an ordinary chicken noodle soup or borsch, goulash with noodles, or aspic, stuffed peppers or rice, just the meat dishes were not prohibited by post. As pastry can be served filled pie or pancakes.

It should be noted that the days of remembrance must be met in good spirits to be in the mood and not to take offense at the deceased because he left this world. Moreover, the right is considered to give a Wake alms and clothing or other belongings of the deceased to the needy.
Is the advice useful?
See also
Подписывайтесь на наш канал