Does a pregnancy test while breastfeeding

A pregnancy test determines the level of human chorionic gonadotropin (HCG). Normally, this hormone is only in pregnant women. When breastfeeding, when menstruation is absent, it is recommended to conduct monthly pregnancy test. Expensive high-precision tests can determine a pregnancy at 7-10 days after the alleged conception. 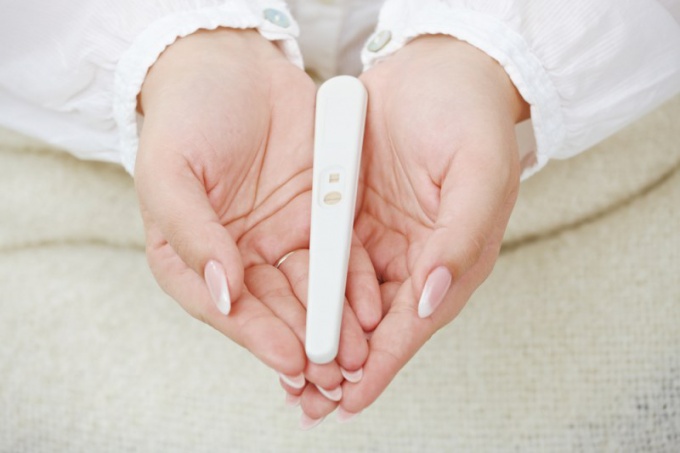 Related articles:
The probability of pregnancy in the period of breast-feeding cannot be excluded. Method lactational amenorrhea protects women from pregnancy in the first six months, and only subject to all the rules of breastfeeding. If the prolactin level in the blood falls, the possibility of ovulation and thus a pregnancy.
Contrary to popular belief, breastfeeding does not affect the accuracy of the test. The fact that lactation is controlled by prolactin, which is responsible for milk production, and oxytocin, which ensures its availability. During pregnancy a woman's body there is the HCG hormone.

The concentration of HCG depends on gestational age and its features. So in multiple pregnancies the level of HCG is usually higher, but when intrauterine ─ much below normal. Therefore, breast-feeding does not affect the test result. The view that the results of the analysis of HCG might be incorrect came from the fact that a woman's body during pregnancy changes. This is especially true if the woman is breastfeeding. Changes the taste of milk because of the emergence of new hormones, the child may become anxious or refuse the breast. The feeding process is painful because of the increased sensitivity of the nipple and areola. Sometimes milk becomes less as a woman's body is forced to allocate resources between the two children.

HCG after birth and abortion

If lactating women had already started menstruating, and there was a delay and the test shows a negative result ─ should repeat the test in 2-3 days. Ovulation could occur towards the end of the menstrual cycle, and because the level of HCG is still not high enough. This is a false-negative test results, not the influence of hormones of breastfeeding on levels of HCG. Another reason for false-negative test, incorrect urine collection ─ it is necessary to use the morning first urine sample as it level of HCG is high enough. Repeat the test in a few days. If the menstrual cycle has already recovered, but plan your period does not come after 2 weeks ─ consult your doctor. The accuracy of a positive test ─ 99%, the precision is negative ─ 90%.

If a woman is planning to have a child, you need a reliable and adequate contraception, lactation prevention method can be recommended only for those couples who do not mind pogodak in the family and if pregnancy occurs it will be saved, delivered, and the child ─ a welcome and expected.
Is the advice useful?
See also
Присоединяйтесь к нам
New advices