How many blocks in a year

A year flies by quickly, day after day, month after month. Accustomed to the division into seasons and seasons into months. But the year can be broken on other intervals. 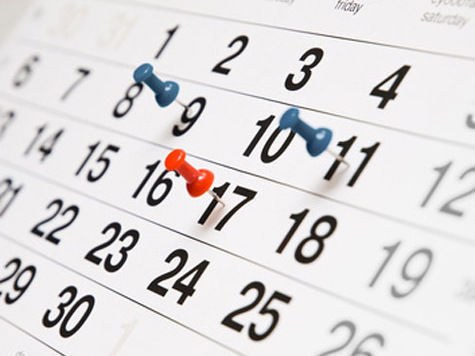 Related articles:
The word "quarter" is borrowed from the German language (quartal), which is derived from the Latin quārtā - the fourth part, a quarter.
Only year 12 months, which are usually divided into four seasons - winter, spring, summer and autumn. However, quarterly division is another.

When dividing the year into quarters of his time is irrelevant. It should be noted that while between the blocks there are no gaps.
Also pay attention to the stress, which falls on the second "a": block. Sometimes you can hear a different pronunciation of the word with the accent on the first vowel. So you can say accountants, explaining that you want to distinguish the value of a quarter as quarters of the year from the value as part of the city.

The division into quarters

The division of the year into quarters is a division into four equal period of time. Thus, each quarter represents three months. The first quarter starts from January and continues till March 31. The second quarter is the period from the first April to 30 June, the third on the first of August to 31 of October and the last quarter - the first of November to 31 December. To denote the quarters of the year are used Roman numerals: I, II, III and IV quarters. Length of quarters is different and varies from 90 to 92 days.

Today we use the Gregorian calendar, which from the point of view of astronomy is quite accurate. But the reform say are not the first decade in order to rearrange the days in the year. In this case, it would be possible to equalize the length of the months, quarters and semesters and to fix what week starts in one month and ends in another.

In 1923 was created the special Committee on the reform issues at the League of Nations after world war II, this problem was discussed in the Economic and Social Council of the UN. With all the amount of projects calendars focus on the option that offered Gustave Armelin in 1888, According to his project in the calendar year of 12 months, as now, the year is divided into 4 quarters of 91 day. In the first month of 31 days, the other 30. The first number of the year and the quarter – Sunday, each quarter ends on a Saturday, and contains 13 weeks.

The draft calendar was approved in the Soviet Union, France, India, Yugoslavia and several other countries. However, the UN General Assembly postponed its consideration and approval, currently ceasing activities on this issue.

Why you need to divide by blocks

Quarters are used for reporting for all institutions, ranging from public authorities to individual entrepreneurs. Statements for each quarter for the month following the quarter. For example, the statements for the first quarter for rent in April.