How many people died in the great Patriotic war

The problem of human losses of the USSR and Germany during the great Patriotic war was repeatedly raised in publications and television programs, but to a common opinion of the researchers the question never came. Currently, many sources of literature and network resources through which you can learn more about the great Patriotic war that were previously a mystery. 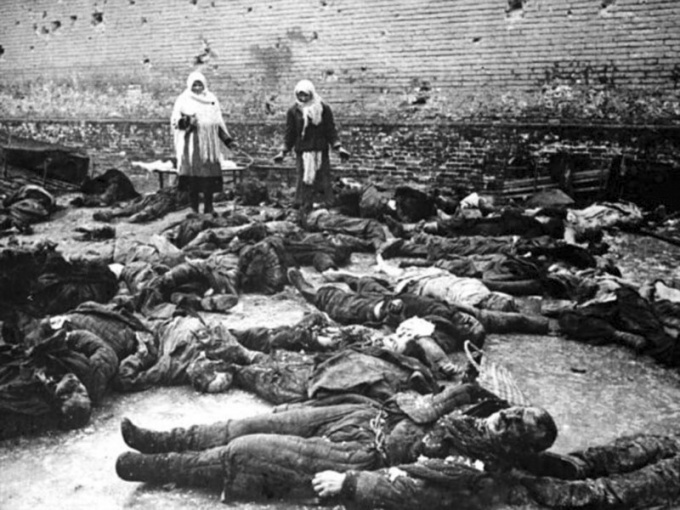 According to the census in 1939 in the USSR lived 170 million. Before the Second world war, the Soviet population was the high mortality rate and low life expectancy, but the high birth rate helped to stabilize the situation in the state. About the irretrievable loss of the red Army long period of not talking at all. In 1947 began to appear the first evidence that in the great Patriotic War killed more than 7 million Soviet citizens, while not considered prisoners of war and militias. Later assessment of the casualties were engaged Khrushchev, Solzhenitsyn, and many other outstanding figures, based on data from conscripts. For instance, Solzhenitsyn in his writings argued about the loss of 20 million Soviet citizens. Boris Sokolov, candidate and doctor of Philology, using the method of computation, found that only the armed forces of the USSR lost about 26 million people. Based on official statistical reports, it became known that a significant proportion of the victims is the military, namely 13.6 million people.
Based on documents published in the first half of 90-ies, it can be argued that the true value of the losses of the Soviet Union amounted to nearly 27 million people, which exceeds the losses of the Eastern front.

Despite the fact that since the end of world war II many years have passed, there are countries that do not have estimated all demographic losses. In the list of such countries is Germany. Foreign historians several times attempted to hold an unofficial estimate of casualties, but the results were not truthful. During the study it became clear that the front killed about 4,270 million soldiers, not including those killed in captivity and civilians. According to official sources, the total human losses of Germany in the great Patriotic war amounted to about 11.5 million people, but this information does not show the whole reality. The true extent of the tragedy of the German people will not show none of the statistical services. In addition, some of the archival documents about the deaths of people lost, so to calculate the exact loss will be very difficult.

It is also worth mentioning the horrible tragedy in the lives of the Jewish people, which occurred in the years of the great Patriotic War. Germany was created the death camps, tried to forcibly take the entire Jewish population, including children and senior citizens. Racial harassment began with the fact that Jews could not attend public institutions, use of means of transport and to walk the streets. This fascism is not stopped. Very soon the Jews were to mark mark – a yellow star of David on their clothes. For the period of the Second World War killed 6 million Jews, comprising one third of the Jewish population all over the world.
Is the advice useful?
See also
Подписывайтесь на наш канал