How many regions in Russia

After Russia entered the Republic of Crimea and city of Sevastopol, which has Federal value, the number of regions increased to 85. These changes entered into force on 14 March 2014. 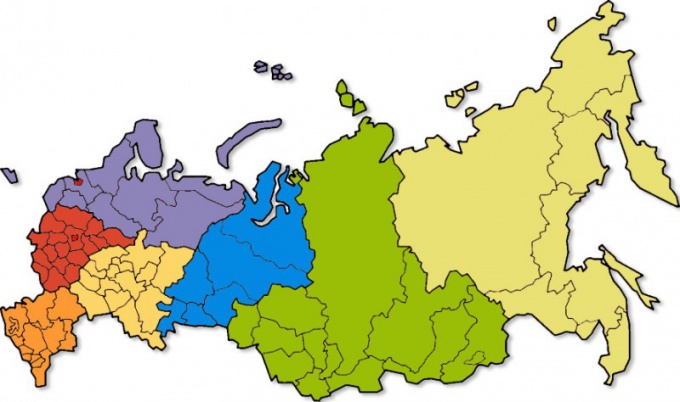 Related articles:
Instruction
1
According to article 5 of the Constitution, Russia consists of equal subjects of the Russian Federation or regions. The subjects have no right to secede from the country, and equal in relations with Federal bodies of state power of the country. In the Russian Federation consists of republics, krais, oblasts, cities of Federal significance, Autonomous oblast and Autonomous Okrug.
2
22 of the Republic of
The Republic of Sakha (Yakutia) has the largest area among all regions of the country, its size is 3 083 500 km2 and includes 34 municipal areas and two city districts. The smallest territory among the republics, 3,600 km2, occupies Ingushetia. As of 2010, the population of Bashkortostan Republic and the administrative center of Ufa is 4 072 100 people at a time, as the number of inhabitants of the Altai Republic has 206 200 people.
3
9 edges
Krasnodar Krai is the most populous region, the number of inhabitants which is 5 225 800 people in territorial size 75 500 km2. At that time, as only half of this population resides on the largest territory of the Krasnoyarsk region, equal to 2 366 600 km2.
4
46 areas
Moscow oblast is the second largest region in the country in terms of population, after the capital Moscow. The population of the region is 7 092 900 people, and the territory of the Moscow region is 45 800 km2, which is less than the territory of the Kemerovo region two times, and Tyumen – 32. On the second place in population among the regions is Sverdlovsk oblast, and the third in Rostov.
5
3 Federal cities
Moscow is a city of Federal significance. The population of the capital is 11 514 300 people, which is almost two times less than in St. Petersburg. Sevastopol as a separate region, is the third city of Federal significance.
6
1 Autonomous oblast
Birobidzhan is the administrative center of Jewish Autonomous region. Its territory is 36 300 km and the population is 176 600 people.
7
4 Autonomous districts
Khanty-Mansi Autonomous Okrug contains the largest number of residents – 1 532 000 people, and Yamalo-Nentskii Autonomous region has the largest territory – 769 300 km2. Chukotka and Nenets Autonomous district are also among individual regions of the Russian Federation.
Is the advice useful?
See also
Присоединяйтесь к нам
New advices