How to determine the length of Russia

The length of Russia from North to South is about 4000 km, from West to East over 10 000, it can be read in any textbook. However, you can calculate the distance yourself and get more accurate data. But first we should refresh your memory of school geography lessons. 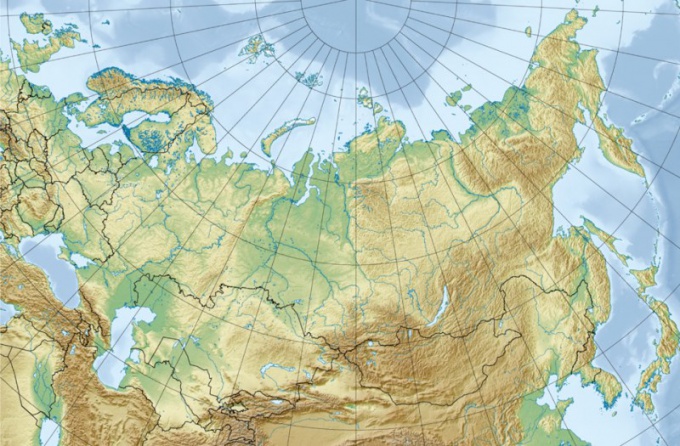 Related articles:
You will need
Instruction
1
To determine the length of Russia, it is necessary to start to know its extreme geographical point. In the North, Russia has two extreme points: continental and insular. The first is located at Cape Chelyuskin on the Taimyr Peninsula, the second at Cape Wings on Rudolf island in the archipelago of Franz Josef. The southernmost point is located southwest of mount Bardus, on the border with Azerbaijan. The Eastern extreme points, too, two: island – on the island of Ratmanov in the composition of the Diomede Islands in the Bering Strait, continental – Cape Dezhnev. Well, the extreme Western point of Russia is located on the border of the Kaliningrad region and Poland is the Vistula spit.
2
The length of the country from West to East or North to South can be determined by the scale or using graticules available on each map or globe. If you want to determine the distance on the scale, take a ruler, measure in centimeters the distance from one extreme to the other and multiply the number on the scale – you will get the result in kilometers.
3
To calculate the distance using the graticule is somewhat more complicated. To determine the length of the country from North to South, determine the latitude of the extreme Northern and southern points, determine the difference in degrees and multiply the resulting number by 111,1 km (degrees of each Meridian equal 111,1 km). To determine the extent of the territory from West to East, you need to know the longitude of the westernmost and easternmost points. Remember that both the extreme Eastern point of West longitude.
4
Calculate the distance between the extreme points in degrees. Calculate the difference and multiply by the target parallel. On the parallel of 40 degrees North latitude (further – n.) 1 degree is equal to 85,4 km; 50 degrees North latitude. 1 degree is equal to 71,7 km; 60 degrees North latitude. 1 degree equals 55.8 km; 70 degrees North latitude. 1 degree is equal to 38.2 km.
Is the advice useful?
See also
Подписывайтесь на наш канал