What voice is called baritone

Until the late 18th century, knowledge about the male votes were limited to two types: bass and tenor. Only after the lost tenors in Opera its leading position, gradually popular with the public, and many famous composers were nice and rich baritones. 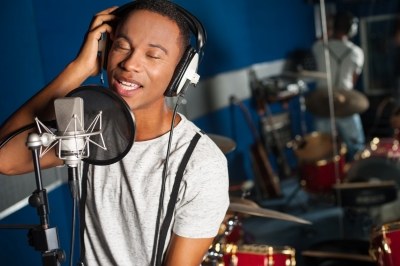 Baritone, from Greek - heavy. Not accidentally, the voice got its name. The holders of the baritone mostly performing the roles of courageous character.

Of all the varieties of men's voices, the baritone is considered the most beautiful. Often experts, connoisseurs and even some Opera critics claim that the baritone is the Foundation of masculinity, combining rich gloss tenor and magnificent the power of the bass.

The baritone has gained recognition and status of the solo voices only in the 19th century, in the era of romanticism. Previously, the baritone was part of a choral ensemble. And thanks to the famous operas by Rossini and Verdi, the baritone had the opportunity to voice a different character or role. This brave heroes and powerful monarchs, angry and humiliated husbands. Along with this baritone windy fulfils the role of don Giovanni and the nature restless inventor and restless - Figaro.

But times change and manners! In our time, the tenor regained its former glory and demand, the baritone, is considered the more common and is found most often among singers.

The character of the sound, as all the singing voices, baritones have their own varieties:
The lyric baritone is a high, lyrical voice, like a tenor, but with a more dense sound. An example of a lyric baritone is the famous Aria of the same Figaro, performed by Muslim Magomayev.

Dramatic baritone has a stronger range of the male voice. It is often called 'bass-baritone voice". As an example of sounding dramatic baritone can lead Escamillo from the Opera "Carmen", Iago from "Othello", and Amonasro from Aida.

Lyric-dramatic baritone has a universal character can perform and lyrical, and the dramatic part. There are also bass – baritone (a baritone with low notes) and tenor baritone (baritone with high notes). These types are intermediate baritone.

The merit of the fact that the baritone is recognized as an independent solo voice, able to collect notices and to do considerable fees, belongs to, She and Caruso, Adelina Patti, Yes and Titta Ruffo, gathered in America up to 10 000 gold liras for one concert. I'm sure many know the famous Estonian singer-baritone Georg OTS, who played in the movie "Mister X". Also baritone for a different sound have such singers as Muslim Magomayev, Joseph Kobzon, Dmitry Khvorostovsky, Yuri Gulyaev, Edward hill and others.
Is the advice useful?
See also
Подписывайтесь на наш канал