One of the most memorable episodes of the award ceremony of the world Cup in 2014, many fans considered to be a stone, without a shadow of a smile, the face of the player who receives the MVP award of the tournament. The captain of Argentina Lionel Messi, whose team just lost the final match of the German national team, was inconsolable. To win the world Cup didn't help him either numerous titles, nor a phenomenal technique, nor the "happy" t-shirt with number 10, which Messi plays for the last six years. 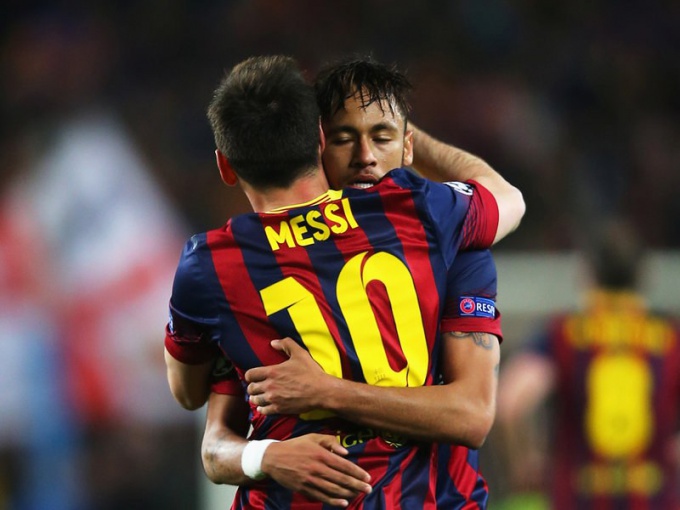 In football, which can be considered modern, play around with the 70-ies of the XIX century. But long time players without so familiar now rooms, delivering serious inconvenience not only myself but also the judges with the fans. First with the numbers on the jerseys came out on the field, the teams, and to this day considered to be trendsetters in British football — Arsenal and Chelsea. It happened uncommon for European soccer event almost 100 years ago — October 13, 1928. The goalkeeper then received the first issue, defenders and Midfielders from the second to the sixth, and the attackers, which was initially five people — from the seventh to the eleventh.

About exactly how a number of the young native Argentina Rosario Lionel Messi played in a local children's teams under the names "Grandoli" and "Newell's old boys", the story of silent football. The more that he played in them is not very long, even in childhood, having gone along with his entire family in Spanish-Catalan Barcelona, to the Academy of the famous club. But we know that there are talented newcomer, differing not only low growth but also a phenomenal technique, given initially t-shirt with a 30-m number. Beneath Lionel and debuted in the youth team and the reserves. He replaced the room, becoming the 19th, only after the transition to the main part of the "blue garnet", at the first opportunity, taking the beloved star forwards and attacking Midfielders "ten".


There was a change at the beginning of the season 2008/2009, when Barcelona left and crossed over 25 million euros in the Italian "Milan" still the idol of the Catalan fans and the owner of "dozens" Brazilian Ronaldinho. Argentinian Messi, who already then claimed the status of main star of the club, the room, the remaining "orphan" took without hesitation. And hardly regrets it. Indeed, in his first season in the form Barca number 10, the star forward won the championship and the Cup of Spain, but also became the winner and the best striker in the European Champions League and a gold medalist at the club world championship. And in 2009 were awarded prizes of best player of Europe and the world. With the same familiar "ten" Lionel Messi plays in Argentina national team, leading it to victory at the Olympic games 2008 in Beijing and silver medals of the 2014 world Cup in Brazil.

The heirs of Pele and Messi

The most famous footballer in the world, also played under the tenth room is the Brazilian Pele. Let this number, as historians of football, it got pretty random. But later game "ten" was perhaps not the prerogative of the major stars of world football, it recognized scorers and playmakers. In particular, it has achieved its major sporting successes predecessor on the throne Messi Argentina, Barcelona and of world football Diego Maradona, the French Michel Platini and Zinedine Zidane, Italian Roberto Baggio and Alessandro Del Piero, Brazilians Rivaldo and Romario, French Ferenc puskás, the Dutchman Ruud Gullit and many others.


Under the tenth number in the world Cup in his native Brazil and played the rookie "Barcelona" Neymar. But in the club from the capital of Catalonia, this number can go to him no sooner than after the departure of Messi. And not the fact that older. Most recently, Lionel Messi became a father of a baby named Thiago. A newborn gift from dad was a membership card club "Newell's old boys" and name blue garnet t-shirt "Barcelona" on the tenth, of course, the room. Will Thiago Messi career Lionel and stores the number in the family, it will be clear in 15-20 years.
Is the advice useful?
See also
Подписывайтесь на наш канал