Fog is a meteorological phenomenon, which occurs in the atmosphere of high water vapor content. At warm temperatures the fog is an accumulation of tiny droplets of water, and when cold they are added to the ice crystals that sparkle in the sun. 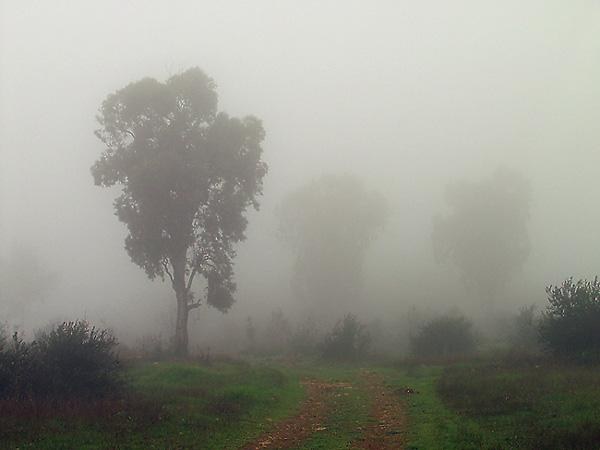 Related articles:
Fog formed over the surface of the earth or water in the occurrence of climatic conditions conducive to condensation of water vapor. However, the mist can be not only a natural phenomenon, but artificial. Such fog is called radiation due to cooling of air by radiation.Natural fog is thicker than artificial, and their duration is from several hours to several days. In fact, fog is a cloud that is near the ground or water. The formation of fog occurs most often at night and in the early morning in lowland areas and over bodies of water. This is due to the fact that when a cold night or morning air down on the warm ground or water, condenseries moisture and many water droplets light hangs in the air. The relative humidity at the place of occurrence of fog close to 100%. Depending on the temperature, the composition of the fog has a different structure. If the temperature is above 10 degrees is a cloud of tiny water droplets from -10 to -15 degrees it is a mixture of water droplets and small ice crystals at temperatures below -15 degrees the fog consists of ice crystals called ice.In the settlements of the fog denser by condensation of water vapor from the exhaust.The level of visibility of the fog is divided into several types: haze, shallow fog, translucent and dense fog. Haze is a very weak mist. Ground fog creeps over the ground or water, as a rule, a continuous thin layer, and does not greatly affect visibility.When translucent fog, visibility ranges from several tens to several hundreds of meters, and through it Shine the sky, clouds, night, stars and moon.Dense fog covers the land of white cloud, through which it is difficult to distinguish objects and buildings at a distance of several tens of meters. When the fog in the clear air felt damp, it is impossible to see the sky, clouds, sun. Hinder movement of transport, especially aviation.Fog occurs not only in contact of cold and warm air, and by evaporation, for example, over the sea or moist land.There are so-called dry fog, which do not consist of water and from smoke, dust and soot. Sometimes over the cities there is a mixture of dry and wet fog, for example, if released in the moist air mass of particulates smoke or exhaust pipes.Artificial fog is formed as a result of human industrial activity, it is called photochemical smog. It occurs when the atmosphere of various pollutants, such as products of fuel combustion, gasoline vapors, chemical solvents, paints, pesticides, nitrates, etc. Photochemical smog is one of the major problems of modern cities. The high content of harmful chemicals in the air leads to poor health and even death. Particularly affected are children and elderly people with weak immune systems. Prolonged exposure in the field of industrial fog leads to breathing difficulties, aggravate heart disease, headaches, cough, poisoning, etc. However, photochemical smog can occur not only by humans but also, for example, the eruption of a volcano when in the air, there is a big concentration of sulfur dioxide.
Is the advice useful?
See also
Присоединяйтесь к нам
New advices