Why dew appears in the morning

In the basis of the occurrence of many natural processes and phenomena – rain, snow, frost, fog, dew – lay is an amazing physical property of water. Dew is water droplets that appear on the vegetation on summer nights and disappearing under the sunlight in the morning. There is a figure of speech: "had the dew". Indeed, to some extent, Rosa – a form of precipitation. However, it does not fall out as, for example, rain or snow from clouds, and, strictly speaking, this is not exactly, and not only atmospheric water. And what then? 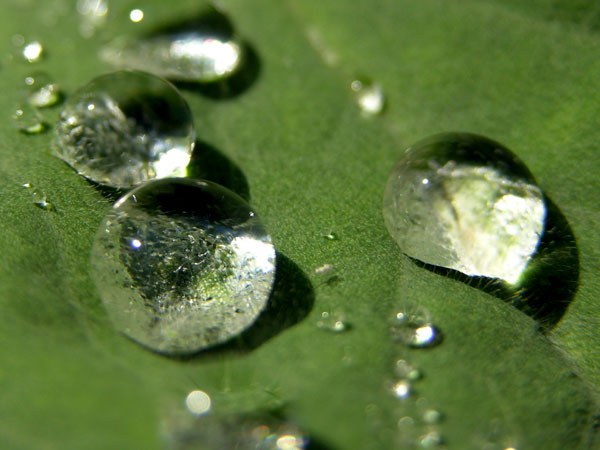 Related articles:
Instruction
1
The process of moisture evaporation from any water surface is constant. A certain percentage of the water evaporates from the soil. Under the action of sunlight, evaporation is more intense. Microscopic droplets form a vapor, transparent streams rising above the ground. Air masses always contain water vapor, but warm air it anymore.
2
But evening comes, the sun sets and the earth's surface slowly begins to cool. If the sky is starry and cloudless, the earth surface cools faster. Warm layers of air that contains water vapor into contact with the objects, giving quick heat and also cold. Seen – the dew is not formed on earth, as it retains daytime heat.
3
Gradually adjacent to the land air masses are cooled to a temperature called the dew point. At this temperature, the vapor becomes saturated and condenseries on cold objects the grass and leaves. The formation of dew contributes to the breeze, carrying air masses have to repay a portion of its water vapor and brings new, rich moisture. And so early in the morning on the grass and the leaves of the trees appear drops of dew.
4
Water vapor contained in the air always, but its amount in different parts of the earth differently. Accordingly, a variety and intensity of dew formation. For example, in deserts it falls quite a bit, but it is very important, as is virtually the only source of water for all living things.
5
Most intensively the process of dew formation occurs in the tropics. High daytime temperatures in these areas is highly conducive to evaporation, so the near-earth layers of the air contain large amounts of water vapor. In hot Equatorial areas day and night almost the same time, so during the night the earth's surface manages to be quite cool. Especially fast heat gives off lush tropical vegetation. All these factors lead to intensive condensation of water vapor.
6
Noticed, however, that the vegetation of the dew in the morning is always more than non-living objects – painted benches, roofs, rocks, fences, etc., Scientists have found that only a small portion of moisture appearing in the early morning on the grass and the leaves of the plants is condensate. A large part of the morning dew – the result of a process of smorreale, ie zamorochena. Through tiny stomata from the body plants on the surface are droplets of water coming from the roots. Therefore, the plant redeems himself in the heat of summer from the scorching rays of the sun.
Is the advice useful?
See also
Подписывайтесь на наш канал