How to make a mask the Batman

Batman, fighting evil and always winning, worried about the hearts of several generations of viewers. This superhero is popular not only among those whose childhood fell on the end of the last century, but the modern boys. It is possible that your son will be asked to do for the New year is just such a suit. The most important part – the mask. 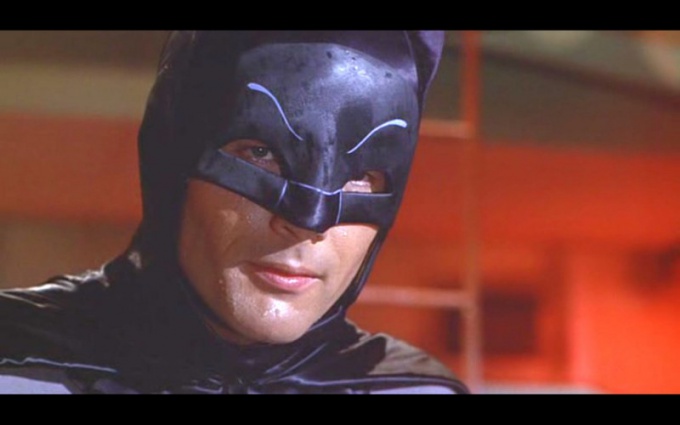 Related articles:
You will need
Instruction
1
Fastest Batman mask is made of Balaklava. They come in several types, you either need one with cutouts for eyes, either in the form of a helmet with a fully open face. If you have a cap with cuts for eyes, it must be shortened to cover only the upper part of the nose. This hat is easy to make yourself, for example, old sweatpants. Cut a piece of the trousers of desired length. Lower section of you need to do is direct, top – rounded. To sew knits better on the machine, a special needle for this kind of fabrics. Straight cut finish with a serger or tie hook.
2
Mark places for the eyes. Make cutouts, treat any convenient way to not crumble the edge. The basis for the mask ready.
3
Batman has long triangular ears. They can be made of a thin stiff cardboard and covered with black cloth. Cut 2 identical isosceles triangle. The height of each should be the same as the maximum height of the cap. You can make ears and higher. Fold the triangles in half vertically and then again right. Take a break from black fabric 4 identical triangle on the cardboard, adding to 0.5 cm for allowances. Sew the triangles in pairs, paste the cardboard. Sew ears to hat.
4
Tab on the hood mask so that the matched holes for eyes. Half mask can be a bit of a different color or have a different texture. The mask can be made of fabric, paper, cardboard. Decorate it with glitter or tinsel. Cap Batman ready.
5
If you do not have unnecessary black caps, make the mask entirely out of paper. Cut 3 strips. The length of one equal to the circumference of your head. The other two sizes are set empirically. One stripe will be from ear to ear across the crown, from the forehead to the nape of the neck, also through the crown. The width of the strips is 15-20 cm, it depends on the size of the head.
6
Long strip connect in the ring with glue or staples. Of the short make a frame, attach it to the ring and cementing on the crown.
7
This cap is covered in soft crumpled black paper. Crumple a few sheets, then flatten them and stretch the frame. The ears do exactly the same as in the first model. As for half masks with cuts for eyes, then it is best made of thin black cardboard. First, draw a half mask and cut out the contour, then glue it to the cap, and then cut out the eyes.
Useful advice
Cloak for Batman best done from a large black umbrella. Remove the fabric from the needles, cut off and cut out for the neck. Sewn sections and make a clasp. That cloak was more like bat wings, make the sides at a small distance from the lower edge 2 loops to the middle fingers.
Is the advice useful?
See also
Присоединяйтесь к нам
New advices