How to know the voltage

Because of the compact design, high luminosity, technologically advanced performance and low power consumption, LEDs today are widely used as light emitting elements. One of the features of semiconductor devices of this type is a very narrow range of supply voltages. Typically, the operating characteristics of the electronic components are provided by the manufacturer in the accompanying documents. But what if its not? How to find voltage led independently? 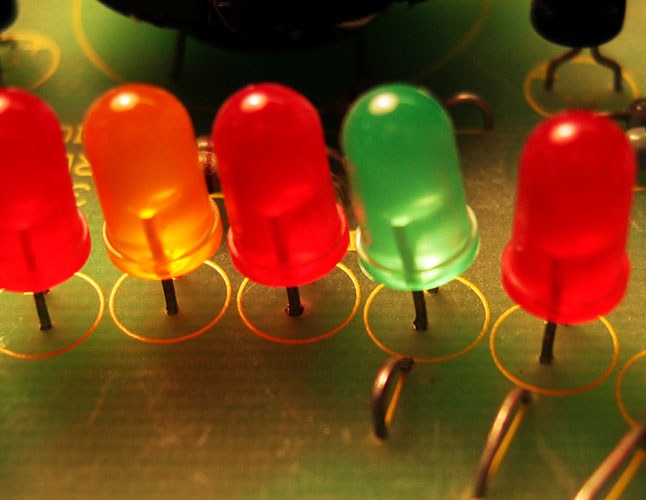 Related articles:
You will need
Instruction
1
Find out the direct voltage of the led with a regulated source of DC power. Setting the level of the output voltage of the power supply should be carried out smoothly in the range of 0-5 volts. It is desirable that the controller scale was accurately calibrated, or the device was present the indicator of the output voltage.Turn off the power supply. Put the voltage regulator in the position corresponding to the zero level. Connect to power led. Turn on the device. Smoothly increase the output voltage level of the power supply. After a while the led will begin to glow. Bring the level of illumination to the optimum. Rate the level of the current voltage scale controller or consider it as the indicator.If the led started to glow when the voltage level of 1.5-2 volts, turn off the power source, change the polarity of the led, turn the voltage regulator to the zero position and test again.
2
Find out the direct voltage is led through a measuring voltmeter. Assemble a voltage divider consisting of variable and constant resistor. Led plug in parallel to the variable resistor (actually a variable resistor to shunt the led). The resistance of the constant resistor is to choose from a range of 1.5-2.1 ohms, the resistance of the variable - 10-20 times more.Reduce the resistance of the variable resistor to zero. Connect to the created electrical circuit, the DC source voltagem 4.5-6 volts. It can be obtained by combining consistently 3-4 standard galvanic cells (batteries) nominal voltagem 1.5 volt.Gradually increase the resistance of the variable resistor to obtain the optimal illumination intensity of the led. Then measure the voltage on it using a voltmeter. If the diode does not illuminate, disconnect the power source, change the polarity of its connections, reduce to zero the resistance of the variable resistor and start the test again.
3
Find out the voltage of the led from the directory. If you exactly known for his series, get the necessary data of suitable reference light-emitting semiconductor devices. Such literature usually can be found in the library.
Is the advice useful?
See also
Подписывайтесь на наш канал