How to determine led current

LEDs are widely used in modern electronic equipment. Among their advantages are small size and bright light. But in order to make the led work properly, you need to correctly set its operating current. 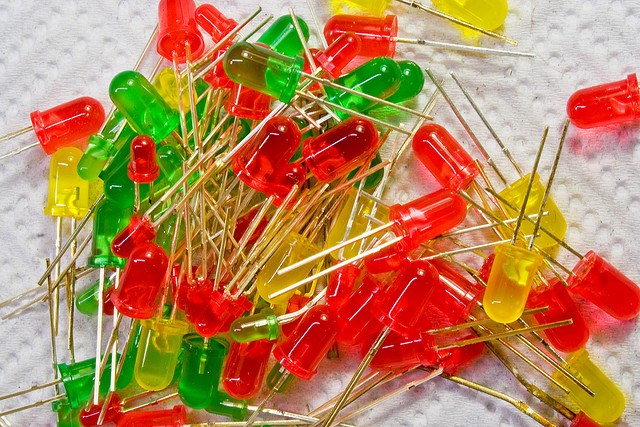 Related articles:
You will need
Instruction
1
LEDs can serve for many years, one quickly fail if you are working at high current. To correctly calculate the amperage you need to know the voltage, which are designed for a specific led.
2
Voltage of most LEDs can be identified by the color of their glow. So, for white, blue and green led supply voltage is usually 3 V (valid up to 3.5 In). Red and yellow LEDs are on power supply voltage 2 (1,8 – 2,4 In). Most ordinary LEDs are rated at 20 mA, although there are LEDs in which the current can exceed 150 mA.
3
To estimate the rated current of the unknown led in the absence of reference materials is difficult. Look at the bulb - the bigger it is, the higher is usually the rated current. One of the signs that the prescribed current is higher than acceptable, can be a change in the spectrum of emitted light. For example, if the emission of the white led becomes blue, the current is clearly exceeded.
4
Don't forget that LEDs are very sensitive to excess voltage. For example, including led, designed for 2, in a circuit with two series-connected a 1.5-volt batteries (total 3 V), you can burn it.
5
If you use a supply voltage higher than recommended, the extra volts you need to pay additional (damping) resistor. Calculate resistance of resistor by the formula R=U/I. for Example, you need to power the led at 3 V on-Board vehicle network 12 V. you Have the extra 9 V. At a nominal led current of 20mA (0,02 A) you have the right value, dividing 9 by 0.02 – it will be 450 Ohms.
6
Gathering a scheme with led, be sure to measure the current consumed by it, to include the tester in the open circuit. If the current exceeds 20 mA, it should be reduced by increasing the value of the resistor. A little less talk – for example, 18 mA, just go led on the favor, increasing its service life.
7
Follow the correct connection of the led. To positive of power supply connected anode to minus and cathode. The cathode has a shorter output on the bulb with his hand made the cut (flat platform).
Is the advice useful?
See also
Присоединяйтесь к нам
New advices