How you say Hello in Georgian

Greeting - the first thing that happens when two people, in any culture this event is important. For the countries of the Caucasus region, especially Georgia, the greeting ritual is especially important. 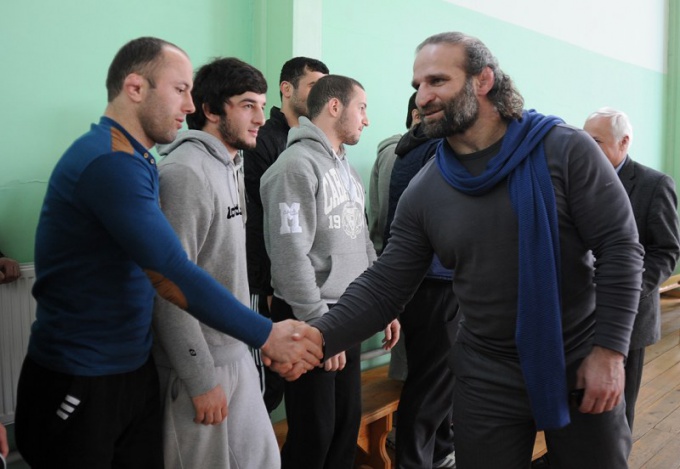 Related articles:
No matter how the society changed over time, cultural heritage is preserved - and the more traditional norms remains in daily use, the exotic modern people think the behavior of the carriers of these traditions. Residents of the capital of the Caucasian rules of conduct seem cumbersome and complicated, but we must remember that they were formed centuries as manifestations of self-esteem and was created to prevent conflicts. In Georgia, the greeting is built to show respect to the interlocutor and in any case not to cause accidental offense.

What they say and how they behave when greeting

A required element of the welcome in Georgia and in whole Caucasus region - handshake. They are a symbol of your recognition of the interlocutor respected and decent man, and a demonstration of trust, and the expression of his honor. Do not shake the outstretched hand means to cause severe insult and demonstrate their deep hostility.

Junior always suitable for greeting and takes his hand first, then making a step back. Traditions need to keep distance between people is about one meter in the case of two men, two meters in the case of men and women and about seventy centimeters of conversation between women. If the greeting takes place in the room where it sat with the newcomers greeted standing up, showing him your respect.

Georgians say when greeting Gamardzhoba", which means "good luck!" is transmitted from generation to generation greeting men man, describing him as a worthy and honorable warrior. If you are just passing by in the street and see your friend raised his hand to his head, welcoming you repeat his gesture, but in no case do not remove the cap. Headdress for residents of Georgia - the symbol of dignity of the person, therefore removing it, you show disrespect to yourself. If you see that someone familiar is behind you, stop and wait for his proper greetings.

Rules of etiquette are different for the communication between men and women. In Georgia women never shake hands with the man and touch him with the greeting - the only exception may be a greeting between relatives. Invalid and kisses on the cheek when meeting. According to tradition, avoiding any contact with men, a woman, defends his honor and the honor of his family. If at the meeting a man walks past a woman he should leave her right hand. If a woman passes by sitting friend, his task is to rise and greet her, but she should not approach him too closely. These conventions deal primarily with the status of women in society, which on the one hand traditionally lower than men's, and with another - the higher, the more worthy the woman behaves.
Is the advice useful?
See also
Подписывайтесь на наш канал