What type of visa is in the passport

A visa is an entry permit into the country. Visas usually have a fixed duration, that is, a person has the right to stay in the territory of another state, a strictly limited number of days. All visas currently registered, they are pasted or placed in the passport. 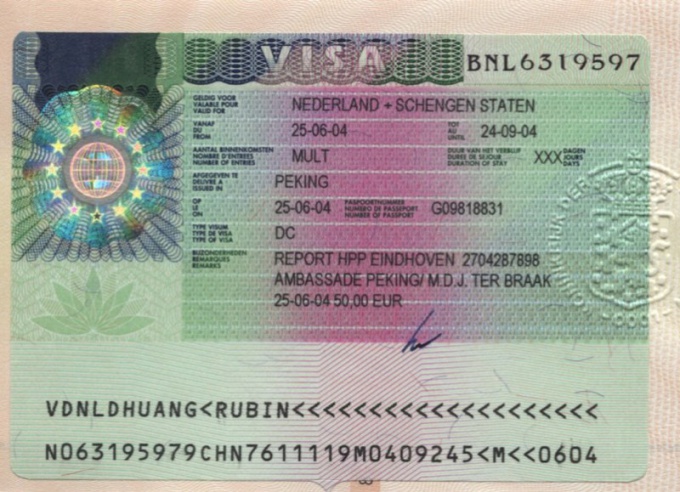 Related articles:
Instruction
1
Usually the visa is a sticker in a one page in the passport. Visa contains information about the country of stay, the applicant (name and surname, date of birth, gender, citizenship, passport number), and expiration date. It also specifies the category and number of entries that you can do on this visa, date of issue and purpose of the trip. Sometimes a visa add information about the inviting person or organization. The special code contains other information that is understandable only to employees of embassies: it is possible to determine, where and by whom was issued this visa.
2
Most modern visas are protected from a fake through a variety of methods. This can be a special form that contains water lines and patterns that are difficult to repeat or imitate it. Usually, but not always, the visa is "decorated" with fresh photograph of the applicant, so the experienced traveler passport turns into a mini photo album.
3
Visas all countries are a little different. There is no single rulebook that would regulate the rules of issuing visas for all countries. But such rules might exist, if the countries joined the Union providing for a common visa space, such as the Schengen Union. Previously, each country that were part of it, was issued a visa with my design, and now all of a Schengen visa look almost the same. Visas many countries have a light green color. Russia also produces a light green visa. There is a visa of a different color, for example, an American visa. A visa of the same country can look different, depending on the selected country.
4
Previously, visas were not issued in the form of stickers, and wrote on an ordinary sheet of paper. It was glued or invest in a passport. Today, too, there are visas that are not present in the passport, but it is those that are made on the Internet. Some countries allow you to apply and pay the application fee through the website, and the visa comes in the form of a document via e-mail. It is necessary to print (though officially it is not possible to do a visa determined by the passport).
5
Some visas are put down in the passport in the form of print. This print can be manually added some information, for example, the period of stay. Such visas are easy to fake, and handwritten data are correct, so countries trying to control immigration, they are not used.
6
Don't confuse a visa with a stamp that is placed at the border crossing. Stamp put border guards at passport control. It contains information about the place of crossing the border and on the date of the event. But if one country has abolished visas for citizens of another country, the stamp actually replaces the visa. For example, in some countries of South-East Asia for Russian tourists are stamped and do not require a visa for a stay that meets certain rules.
Note
To obtain a visa a foreign state, you need to select its type, prepare documents required by the Consulate or Embassy to submit an application, and then after a certain time to pick up the passport with the visa. Any country can without explanation to deny visitation to any person except its citizens.
Is the advice useful?
See also
Присоединяйтесь к нам
New advices