How to remove the bitterness in Brussels sprouts

Brussels sprouts is a delicious and healthy dish like boiled and fried. Nutritionists recommend adding it to your daily diet because it contains all the vitamins, minerals, fiber, protein, as well as PP, C and carotene. Brussels sprouts tend to taste bitter, but it's easy to fix. 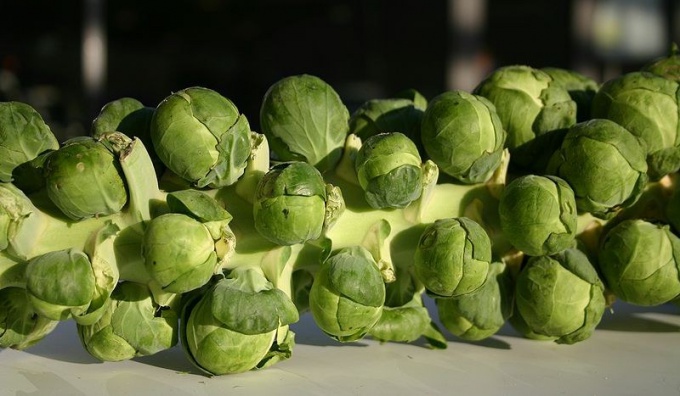 Related articles:
Instruction
1
The bitterness in Brussels sprouts may appear as a result of improper cultivation or lack of moisture. A more serious cause of bitter taste in it is the excess of nitrates – despite the fact that the markets carry out analysis on the chemistry and seize a bad product, poor quality cabbage can still get on the shelves of stores. To remove bitterness from her kochanchikov, in the process of cooking the cabbage you need to add any seasoning. You can also boil cut cabbage head in half and boil them for ten minutes.
2
Another way of getting rid of the cabbage from bitterness – Addendum in the process of cooking a small amount of sugar, a pinch of salt and a teaspoon of vinegar. Also when cooking Brussels sprouts you have to pour boiling water, pour fresh, boiling water and cook ten minutes in a pan adding few drops of lemon juice. The same method can be used when cooking cabbage in the steamer, adding water a little more juice than when cooked.
3
To Brussels sprouts completely got rid of the bitter taste and fully revealed all its flavor, it needs to cook properly. Before cooking it is necessary to remove all yellow leaves and soak the head of cabbage for ten minutes in cold water – this will help remove the cabbage from the sand and insects. Then it is thoroughly washed and carefully cut off the stems, being careful not to damage the leaves. After that, Brussels sprouts are boiled in boiling water for ten minutes (or five minutes for a couple) and serve hot.
4
Before frying the cabbage should be cleaned of yellow leaves, washed, dried and cut in half. Then there was added a small amount of lemon juice, salt and olive oil, mix and roast in the preheated oven for forty five minutes, stirring constantly to her head. When frying on the stove, the Brussels sprouts prepared in a similar way, cook on low heat under a lid for seven minutes, after which the cover is removed and so fry for another five minutes until complete evaporation of all the liquid.
Note
The most useful is raw Brussels sprouts, which are used in the washed and chopped.
Useful advice
To boiled Brussels sprouts has a nice mild flavor, it is necessary to fry with the crushed garlic in hot oil.
Is the advice useful?
See also
Подписывайтесь на наш канал