What take antibiotics in pyelonephritis

Pyelonephritis is one of the most common kidney disease. Its main pathogens are Staphylococcus bacteria group, Streptococcus, Proteus, enterococci, Escherichia or Pseudomonas aeruginosa. The disease is treated with antibiotics. 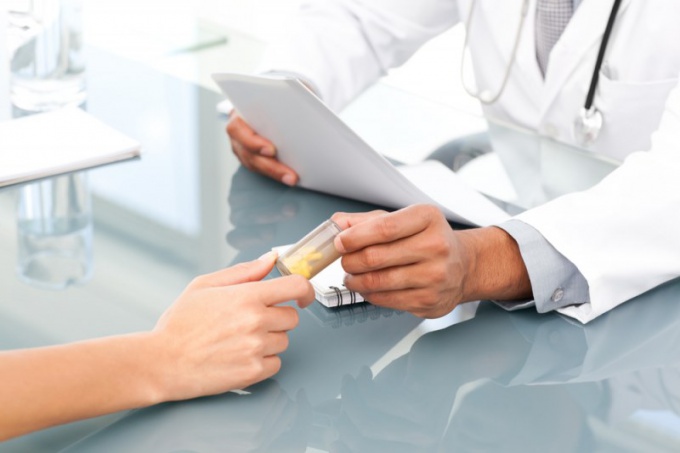 Related articles:
Instruction
1
The goal of treatment of acute or chronic pyelonephritis is the elimination of the inflammatory process. In the appointment of antibiotic it is important to determine the type of the causative agent, therefore, to independently take such drugs is unacceptable. For the treatment of pyelonephritis can assign the penicillins ("Ampicillin", "Amoxicillin", etc.), which is effective against the enterococci, Proteus, E. coli. However, this group of antibiotics has the serious disadvantage of drugs can lose their medicinal properties under the action of enzymes produced by the individual bacteria. Such medicines are mostly prescribed for the treatment of pyelonephritis during pregnancy. The exception is a modified form of the antibiotic amoxicillin, "Flemoklav Solutab". In its composition contains clavulanic acid, which leads to a decrease in the adaptability of bacteria to the drug.
2
The most commonly pyelonephritis antibiotics tsefalosporinovoy groups, which are divided into 4 generations. The first are: "Cefradine", "Cefazolin", "Cephalexin". They have shown an active effect against gram-positive organisms, including resistant to penicillin. These drugs are not prescribed for the acute form of the disease. The preparations of the second generation is "Cefuroxim", which is used only in the treatment of chronic processes. To drugs of the third generation include: "Cefixime", "Ceftriaxone", "Ceftibuten". They are effective in the treatment of complicated forms of pyelonephritis, have active effect against Pseudomonas aeruginosa. Fourth generation antibiotics of this group, which is "Cefepime", has all the positive qualities predecessors, but also acts directed against gram-positive and gram-negative forms of pathogens.
3
One of the most modern drugs are antibiotics-fluoroquinolones: "Ciprofloxacin", "Pefloxacin", "Ofloxacin". These drugs are effective against almost all pathogens pyelonephritis and have minimal nephrotoxicity. To drugs-second-generation fluoroquinolones include: "Moxifloxacin", "Lomefloxacin", "Sparfloxacin", "Ciprofloxacin", "Norfloxacin". Antibiotics-fluoroquinolones are contraindicated during pregnancy and lactation and children up to 16 years. Antibiotics-aminoglycosides ("Gentamicin", "Tobramycin", "Amikacin") should be used strictly under medical supervision because they have a powerful antibacterial effect, and has high nephrotoxicity. These drugs are contraindicated in the elderly.
Is the advice useful?
See also
Подписывайтесь на наш канал