Russian detective series "Reflection" first appeared on screens in 2011 and quickly gained popularity among the audience with its unusual and sad story. So what is told in this series, where the main role was played by the talented actress Olga Pogodin? 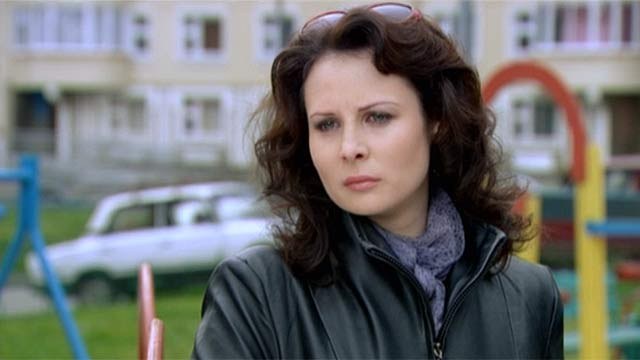 Elizabeth Kruglov, the former major of militia, was jailed for racketeering in the 1990s, along with its organized criminal group. The woman suffered a long time, and her little daughter, Pauline, was taken to an orphanage. For good behaviour of Elizabeth in prison, she gets parole, but shortly before his woman finds out that she has brain cancer and her life is only a few months.

The idea of the plot of the series "Reflection" was borrowed by the producers of the news release.

At the same time in Moscow wielding maniac who kills children. His capture does an investigator Daria Eremina, which manages to trace the killers, and even hurt him – but due to the loss of critical evidence, the crime investigator gets herself in the dock. Eremin is in a cell with Elizaveta Kruglova, which offers Daria a desperate step – to switch faces with the help of prison friends, free working plastic surgeon. As a result, the Elizabeth-Daria die, and Daria Elizabeth will soon be released and will take her from the orphanage, having received in gratitude a large fortune Kruglova.

The shooting of the series

The idea of the series, the producers learned from real surgical clinic in Primorye, where people did to themselves by others. Clinging to the subject, the creators of "Reflection" has created a psychological Thriller about two women, one of which gets a unique chance to live the life of another person. The series is different from other Russian TV shows a number of special effects and the frantic pace and complex storylines – after all, the main character returns to her husband, thinking that she was dead, with a completely different face.

The filming process of "Reflection" took place in Mozhaisk female colony where served time are the real criminals.

In the process of filming the film crew and actors were filming scenes everywhere – starting from cells and ending with the offices of the authorities. As extras have performed over 5,000 women serving sentences in the colony. Thanks to the team of the series, freedom was released one aggrieved woman who planted drugs husband – and everyone knew it in the colony. The creators of "Reflection" addressed in the program "Man and law", its reporters made the story and the prisoner was released, acknowledging her innocent.
Is the advice useful?
Подписывайтесь на наш канал